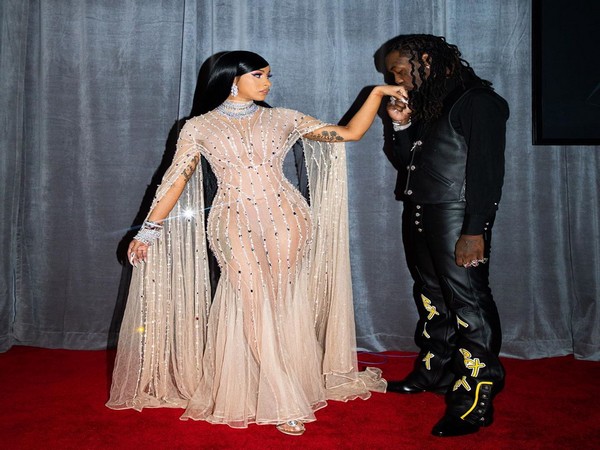 Washington D.C. [USA], Jan 28 (ANI): Rapper Cardi B skipped the red carpet and arrived late in a sheer and shimmering Mugler look with husband Offset at the 2020 Grammy Awards.

The rapper looked glamorous in a gown that had rows of crystal paired up with diamond bangles, complemented with hot pink eye makeup. 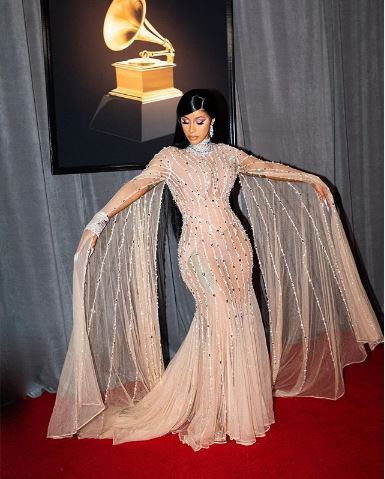 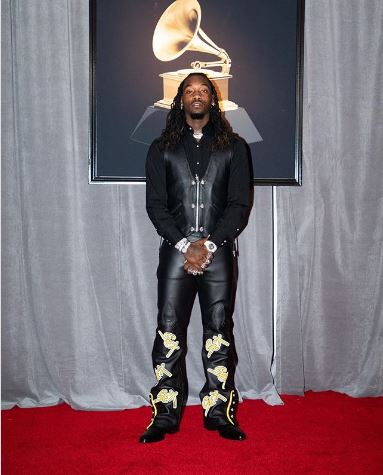 Offset, on the other hand, opted for a custom design leather jacket and pants from Chrome Hearts.
According to E! News, Cardi wore a custom neckpiece designed by Gismondi 1754.
The couple was nominated in the Best Rap Performance category for their hit 'Clout', which appears on Offset's album 'Father of 4'.
This would mark Offset's third Grammy nomination. As for Cardi, this would be her eighth nomination.
The 27-year-old rapper, in fact, made history by becoming the first female solo artist to get a Grammy award in the Best Rap Album category for the song 'Invasion of Privacy'. (ANI)
ADVERTISEMENT