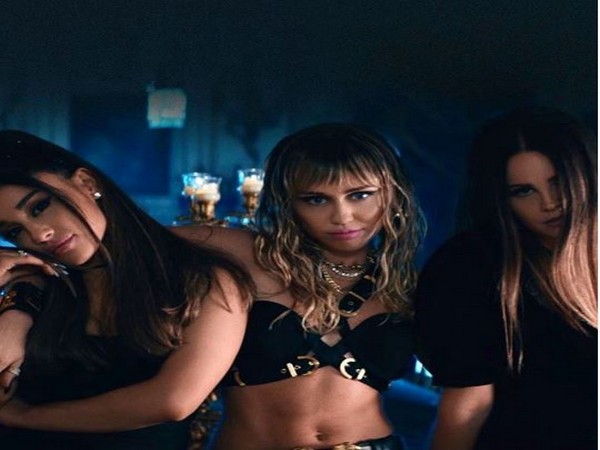 Washington D.C. [USA], Sept 13 (ANI): Featuring Ariana Grande, Miley Cyrus, and Lana Del Rey, Charlie Angel's latest song and music video 'Don't Call Me Angel' was released on Friday.
The latest track is directed by Hannah Lux Davis, the mastermind behind some of the most memorable videos, including Demi Lovato's 'Sorry Not Sorry' and Kacey Musgraves' 'High Horse.' She has also worked with Grande before on the visuals for songs such as '7 Rings' and 'Break Up with Your Girlfriend, I'm Bored,' reported Us Weekly.

The music video of the trio debuted days after a seven-second teaser of the song was unveiled earlier this week. In the video, the three singers are shown strutting together as they don all-black ensembles and massive angel wings.
The song revolves around a trio of detectives, the Angels, as they join forces to protect the world under the guidance of the mysterious Charlie. (ANI)