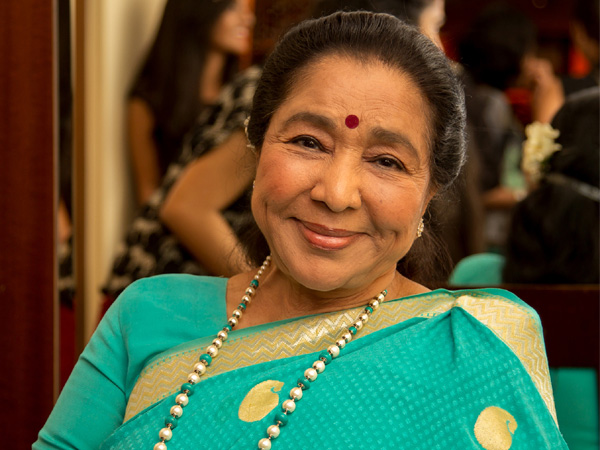 New Delhi (India), Sept 8 (ANI): As the legendary singer Asha Bhosle turned 86 today, scores of celebrities extended warm wishes to the singer.
Wishing Asha on her special day, veteran actor Rishi Kapoor reminisced how they celebrated Asha's birthday at Pancham's (Music director R. D. Burman) terrace, where she cooked for them.
"Many happy returns of the day dear @ashabhosle ji. Remember celebrating your birthday at Pancham's terrace. You cooked for us. Back soon will come and meet. God Bless,love you!" he tweeted alongside a picture of himself and the singer.

[{6aa3d226-c2ae-40c9-88e0-47a1c587e4f5:intradmin/Rishi_8.19.JPG}]
Calling Bhosle a legend in more ways than one, Kajol shared a picture of her with the singer.
"Happy happy birthday to my most favourite always @ashabhosle. A legend in more ways than one," she tweeted.
[{fc80ed43-83b0-4bd7-9667-0700cfa45ee4:intradmin/Kajol_8.19.JPG}]
Riteish Deshmukh shared a photo of Bhosle and him singing together and wished her a happy birthday.
"Happy Birthday to the greatest of all time!!! @ashabhosle ji .... wishing you happiness & best of health. One of the most cherished moments of my life -when I got a chance to sing with this living legend," he tweeted.
[{95235946-9a78-4a0d-b17f-f7fd25761852:intradmin/deshmukh_8.19.JPG}]
Showering praises upon the singer, Urmila Matondkar wished the veteran alongside a picture where she and the singer can be seen dancing along with Rekha.
[{b776577c-0fdc-48b3-b9a7-e785cacb5b6c:intradmin/urmila_8.19.JPG}]
Filmmaker Madhur Bhandarkar wished a happy birthday to the 'magnetic' and emotive voice, Asha.
[{7337bc8b-b1d2-41dd-8637-f44b7a871d7c:intradmin/madhur_asha_8.19.JPG}]
Madhuri Dixit also wished the singer on her special day.
[{af2502ce-3a9b-42ef-b2bf-696deefa92c1:intradmin/madhuri_8.19.JPG}]
Bhosle fondly called Asha Tai is best known for playback singing in the Hindi cinema.
Bhosle was born on September 8, 1933, in a small town of Goar in Sangli, now in Maharashtra.
The legendary singer's career started in 1943 and has spanned over six decades. She has done playback singing for several Bollywood movies. In addition, she has recorded several private albums and songs. Bhosle has also participated in numerous solo concerts in India and abroad.
In 2011, she was acknowledged by the Guinness Book of World Records as the most recorded artist in the music history.
She is one of the leading singers of Bollywood for over six decades now. The singer has provided playback for some of the hit songs like 'Parde Mein Rehne Do', 'Piya Tu Ab To Aaja', 'Dum Maro Dum', among many others.
Bhosle was awarded Dadasaheb Phalke Award in 2000 and the Padma Vibhushan in 2008. (ANI)