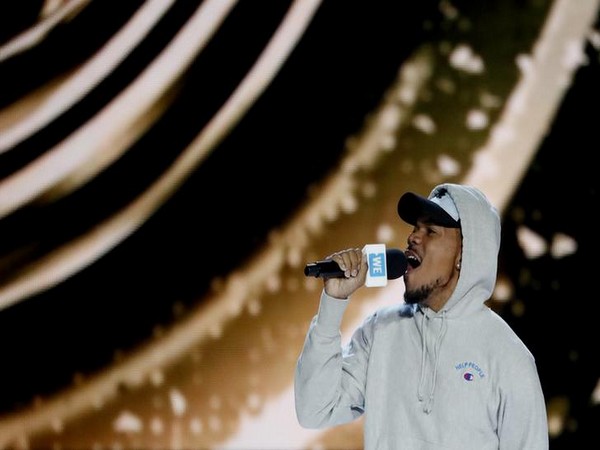 New Delhi (India), Sept 10 (ANI): American rapper Chancelor Jonathan Bennett, popularly known as Chance the Rapper, is going on paternity leave! The star has postponed his 'The Big Day' tour in order to spend more time with his newborn daughter.

Following the birth of his second daughter Marli, the 26-year-old rapper announced the postponement of his tour to promote his first-ever album, 'The Big Day'.
Chance, who is also a proud father to 4-year-old daughter Kensli, shared a new family photo on Instagram, explaining why he had chosen to delay his concerts just days ahead of its kickoff in San Francisco on September 14.
"I thought it over for the past week and I've decided to push back my tour," he began his lengthy post, alongside a photo with his newborn and Kensli.
"This year has been one of the greatest of my life; Marriage, new baby, first album etc. But with it being so eventful it has also been very strenuous having to divide my time and energy between family and work," he added, referencing his wedding to wife Kirsten in March.
The rapper said that he didn't want to make the same mistake again of leaving his wife and baby alone during such an important time.
"When Kensli was born, I went on tour 2 weeks later and missed some of the most important milestones in her life, but more importantly I was absent when her mother needed me the most," he shared. "
"At this point as a husband and father of two, I realize that I can't make that mistake again. I need to be as helpful and available as possible to my wife in these early months of raising Kensli and Marli," he added.
Despite making the tough decision of halting his tour, the rapper reassured his fans that he would be back on the stage soon.
"I apologise because I know how many people were counting on seeing me soon, but I hope you'll understand and forgive me in time," the 26-year-old star wrote, adding that "Tour kicks off Jan. 15th and you can still get tix or your refund if you are unavailable at chanceraps.com & a few of the shows are still being rescheduled as well so stay tuned."
He closed his Instagram post with a sweet message for his fans, "I love you guys AND LITERALLY CANT WAIT FOR U TO WITNESS THIS SHOW."
The rapper, in his post, also added that he has not rescheduled his September 28 performance in his hometown of Chicago. He will also perform at the Life Is Beautiful festival in Las Vegas as scheduled.

Kirsten previously shared the first photo of their newborn when she announced her birth on Instagram last Friday. In the latest photo of Marli, the newborn is wrapped in her father's arm and a blanket.
Earlier this March, the rapper and his wife, whom he married that same month, shared the exciting news that they were expecting baby number two on Instagram. (ANI)
ADVERTISEMENT