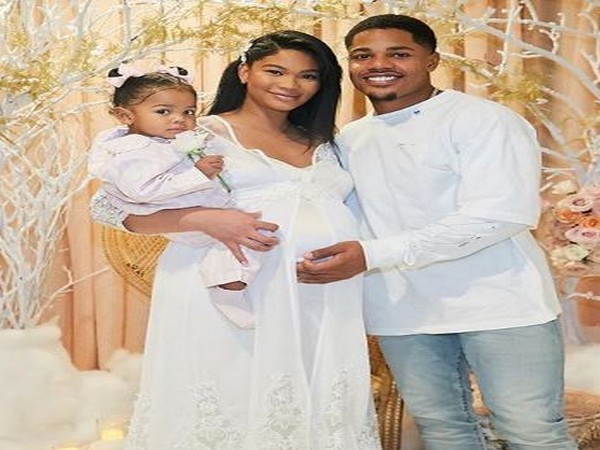 Washington D.C. [USA], Dec 2 (ANI): Supermodel Chanel Iman revealed that she and husband Sterling Shepard will soon to be blessed with another baby girl.

Iman announced the happy news taking to her Instagram handle on Sunday. She shared a series of snaps from her rose and white-themed gender reveal party.
"Blessed with another baby girl on the way," the former Victoria's Secret Angel wrote alongside pictures of herself.
The photo also featured her husband and another daughter Cali, posing in front of the white decorative trees and pink and white roses.
"Mommy of two @lerose_onlineOpens in a new Window. @kbellesdesignOpens in a new Window. evan_erogers," Iman captioned a second photo of herself holding her little bundle of joy in which both are sporting light pink pajamas.
She revealed her pregnancy to the world on August 26, a few weeks after Cali's first birthday.
"Excited to announce we will be a family of four soon," the 29-year-old star captioned an Instagram photo that showed off her growing baby bump in a white crop top.
The couple who began dating in 2016 announced that they were expecting their first child together in May 2018, according to Us Weekly.
Iman previously told Us Weekly that she was "super sick" during her pregnancy with Cali. "The first trimester was very difficult," the soon-to-be mother of two revealed in June 2018. "I really struggled." (ANI)
ADVERTISEMENT