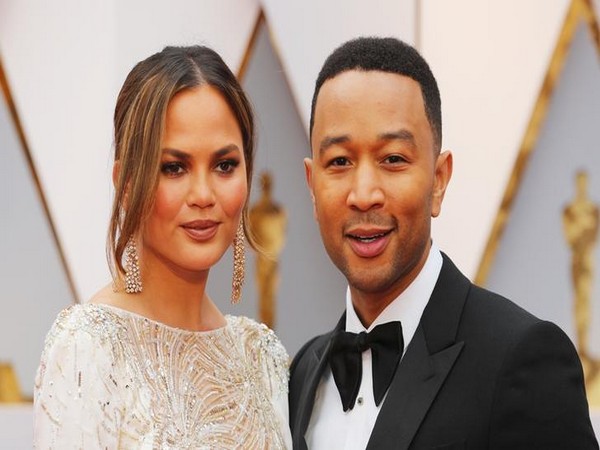 Washington D.C. [USA], Nov 3 (ANI): American model Chrissy Teigen has shared a video of husband John Legend singing 'All of Me' on her social media handle.

It seems like Legend had too much wine while having fun with wife Teigen at Universal Studios Hollywood.
Chrissy Teigen shared the video on Twitter and captioned the video: "John got wine drunk and sang a song at universal studios last night."


In another tweet shared by Teigen, she wrote: "The whole joke was supposed to be that literally no one was watching or at the stage but then he got on stage and was like ITS ME JOHN LEGEND."
The model and 'Lip Sync Battle' star Teigen posted on her Twitter page a video of her husband giving an improvised and drunken performance of "All of Me," his 2013 breakout ballad about her, on what appears to be the CityWalk stage, located in a busy section in the park's free shopping area.
Truly complementing the hilarious scene was the singer's choice of attire: A red onesie with a photo of his face.
Teigen herself appears in the video, laughing as she stands amid a large crowd to watch Legend perform. The two appeared to be on a date night, as their kids Luna, 1, and Miles, 1, were not spotted. (ANI)