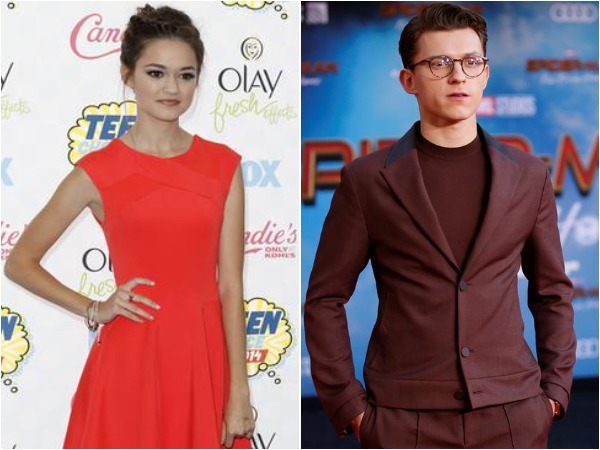 Washington DC [USA], Oct 4 (ANI): 'Wayne' fame Ciara Bravo has been roped in to star opposite Tom Holland in Anthony and Joe Russo's next outing 'Cherry'.

The upcoming flick is the Russo Brother's follow-up to the massive hit 'Avengers: Endgame', reported Variety.
Apart from Bravo and Holland, the film also features 'It' fame Bill Skarsgard, Jack Reynor, Forrest Goodluck, Jeff Wahlberg, Michael Gandolfini, and Kyle Harvey.
The Russo brothers will direct the adaptation of Nico Walker's New York Times bestselling novel. The production of the film is currently underway.
"We were drawn to 'Cherry' given our personal experience from Cleveland, as well as the important need to share stories like these. As Cleveland natives ourselves, it means a lot to us to be able to film in our hometown. We shot the exteriors for 'Winter Soldier' here, we are excited to return home to our roots," said Anthony and Joe.
The film will be bankrolled by the Russo brothers, Chris Castaldi, Mike Larocca, Jonathan Gray, and Matthew Rhodes.
Jessica Goldberg has adapted the critically acclaimed novel along with Angela Otstot. The film will be executive produced by Todd Makurath, Jake Aust, Kristy Maurer Grisham, and Judd Payne.
The film's plot parallels the true-life story of the author, a former Army medic who returned from Iraq with extreme undiagnosed PTSD, fell into opioid addiction and began to rob banks. Walker, who caught and convicted in 2011, is scheduled to be released in 2020.
The role is a big win for Bravo, who beat out a number of actors for the coveted role. Her previous film credits include the Netflix film 'To the Bone' and 'Neighbors 2: Sorority Rising'. She can currently be seen in the YouTube series 'Wayne'.
Meanwhile, Holland has previously worked with the Russo brothers on several Marvel films, including 'Captain America: Civil War', 'Avengers: Infinity War' and the upcoming 'Avengers: Endgame'. (ANI)
ADVERTISEMENT