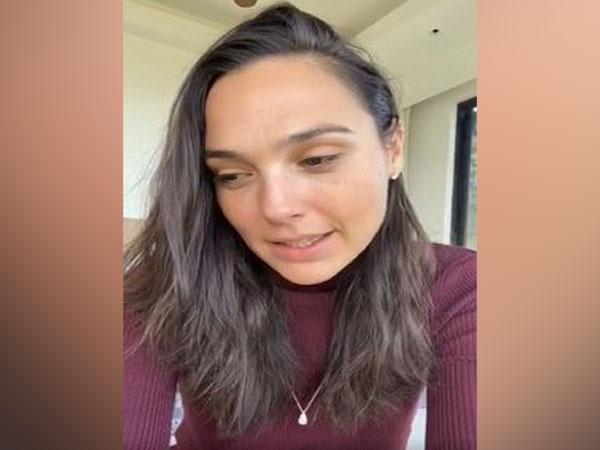 New Delhi [India], Mar 19 (ANI): Bringing a song of cheer and togetherness during the coronavirus pandemic, a host of stars took turns to sing John Lennon's classic 'Imagine' in a video posted by Gal Gadot on social media.

The 'Wonder Woman' actor on Thursday posted a video on Instagram where she started off by talking about her "day 6 in self-quarantine" and how the self-isolation period led her to feel "a bit philosophical" about the global nature of the pandemic. 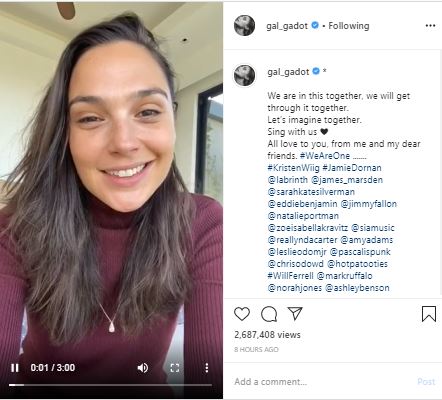 In the video clip, clocking in at three-minutes, the 34-year-old actor said that she was inspired by a viral video from Italy, currently on lockdown, where an Italian man played 'Imagine' on his trumpet to all the other people quarantined in their homes.
Gadot then sang the opening lines of Lennon's 1971 song and was later joined by a succession of actors including Natalie Portman, Mark Ruffalo, Sarah Silverman, James Marsden, Kristen Wiig, and Amy Adams.
The video ended with Gadot singing the closing lines of the song.
The other stars who joined the song included Zoe Kravitz, Jimmy Fallon Sia, Chris O'Dowd Pedro Pascal, Jamie Dornan, Leslie Odom Jr., Eddie Benjamin, Ashley Benson, Lynda Carter, Will Ferrel, Norah Jones, Kaia Gerber, Maya Rudolph, Annie Mumolo, Labrinth and Cara Delevingne. (ANI)
ADVERTISEMENT