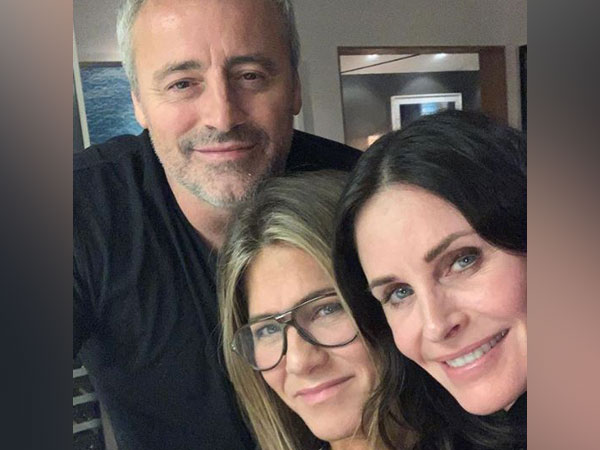 Washington D.C. [USA], Oct 7 (ANI): It has been 15 years since the insanely popular sitcom 'Friends' came to an end. It's no secret that the cast of the show has remained super close even after the series concluded.

Cox, who played Monica Geller in the beloved sitcom, reunited with Aniston (Rachel Green) and LeBlanc (Joey Tribbiani). Wiping away her fans Monday blues, Cox shared a photo of a mini 'Friends' reunion with her co-stars.
"A rare night and I love it," the 55-year-old actor, captioned the selfie with Aniston and LeBlanc. 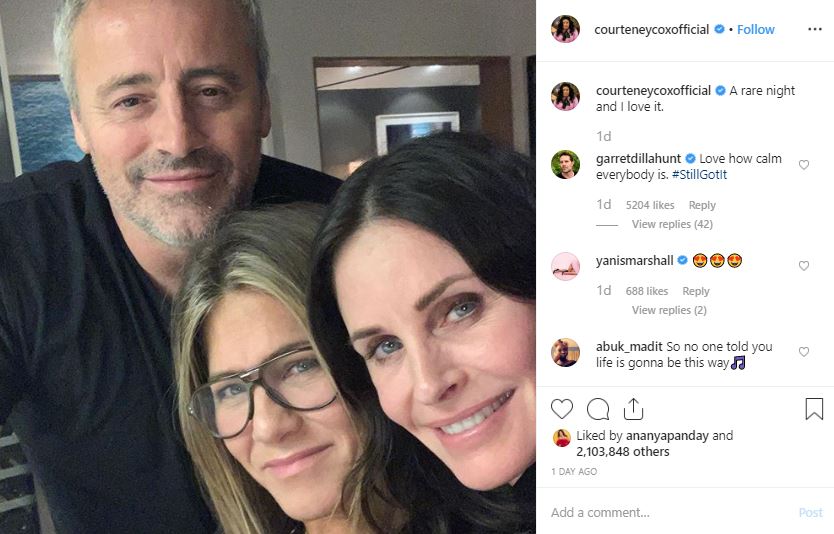 Courteney Cox has constantly kept in touch with her former co-stars since the sitcom concluded in 2004, reported Us Weekly.
In September, she celebrated Friends' 25th anniversary with her other co-star Lisa Kudrow. The girl pals enjoyed a night out with Charlie Puth and Judd Apatow that was documented on their Instagram accounts.
"Trying to play it cool with all this heat," Cox captioned a photo of the four by a fire.
Kudrow also posted a photo from the night sans Pluth, writing, "So excited to celebrate we burst into flames."
Cox also spent time with Aniston and Kudrow for a girls' night on her 55th birthday on June 15. She posted a selfie of the trio.
"How lucky am I to celebrate my birthday with these two??? I love you girls. So much," she captioned the photo.
On June 24, she shared another photo from that night which shows the stars looking more playful as Aniston cranes her head to fit into the picture.
"Trying to figure out what to say on Instagram," Cox wrote.
Although Aniston and Matthew Perry don't have Instagram accounts, the rest of the cast including David Schwimmer, commemorated the comedy series' 25th anniversary with tribute posts on September 19.
On 'The Ellen DeGeneres Show' in June, Aniston said that she and the rest of the cast would love to have a reunion.
"I would do it. The girls would do it. And the boys would do it, I'm sure," she told the host Ellen DeGeneres.
The cast of the show have remained friends since the show ended its run in 2004, and the actors have occasionally been spotted together. The actors always find time to reunite, especially the women, fuelling rumours of a reunion or a possible reboot in the future.
The American sitcom was touted as one of the most popular ones and is still the talk of the town among fans, who are eagerly waiting to see their favourite stars back together.
Starring Jennifer Aniston, Courteney Cox, Lisa Kudrow, Matthew Perry, Matt LeBlanc and David Schwimmer, the beloved sitcom ran for 10 seasons on NBC between 1994-2004. It followed the story of six friends in their 20s and 30s who live in Manhattan, New York City. (ANI)
ADVERTISEMENT