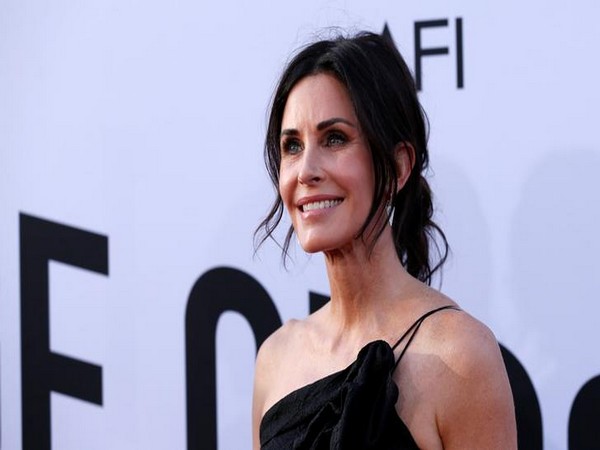 Washington D.C. [USA], May 19 (ANI): 'Friends' actor Courteney Cox on Monday surprised a 13-year-old superfan of the famous sitcom at the home edition of 'The Late Late Show' with James Corden.

According to E! News, the teenage boy Naftali had planned to celebrate his bar mitzvah - a Jewish ceremony - with a 'Friends' themed party.
He had planned the party with tables named after the 'Friends' character and a foosball table inspired by the one that the characters of Joey and Chandler had in the show.
The invitation cards also had the famous 'Friends' font and he had also planned to have the iconic red sofa at the party.
However, the party had to be cancelled due to the ongoing health concerns around the coronavirus outbreak and Naftali had a virtual bar mitzvah.
On knowing about the virtual bar mitzvah story, Courteney decided to surprise the young fan of her famous show through James Corden's show.
Besides that, Cox also gifted him a foosball table and performed her famous dialogue of "I Know" from the sitcom.
During an instance on the show, Corden asked the teenager that 'Friends' which celebrated its 25 years anniversary last year ended years before he was born.
"You can relate to all the characters, and it's really funny," E! News quoted Naftali as replying. (ANI)
ADVERTISEMENT