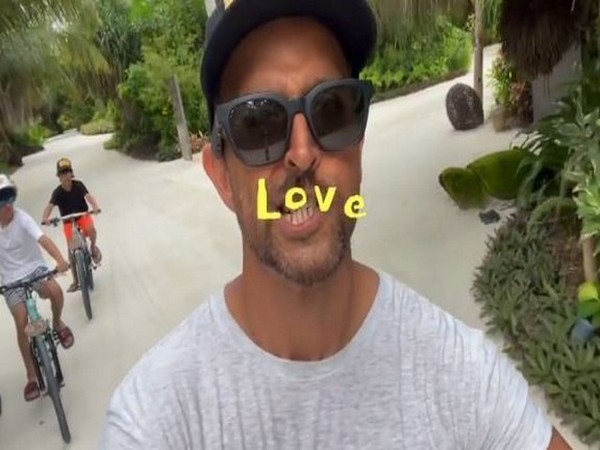 The 'Kaabil' actor who is often seen spending quality time with his sons Hrehaan Roshan and Hridaan Roshan is famous as one of the most doting dads among all the Bollywood fathers.
Taking it to his social media handles, the 47-year-old star posted a clip of himself cycling with his sons. In the video, Roshan is seen sporting his super luxurious John Hatter cap with the tag 'The King' and his dashing jet black sunglasses.
Alongside the clip that accumulated more than 4 lakhs views within a few minutes of being posted on Instagram, the actor wrote, "#daddycool". 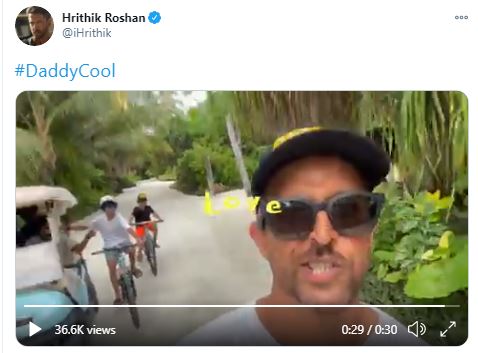 On the work front, Hrithik Roshan will be reuniting with his 'War' director Siddharth Anand for his next venture titled, 'Fighter', in which he will be paired opposite Deepika Padukone for the first time. (ANI)
ADVERTISEMENT