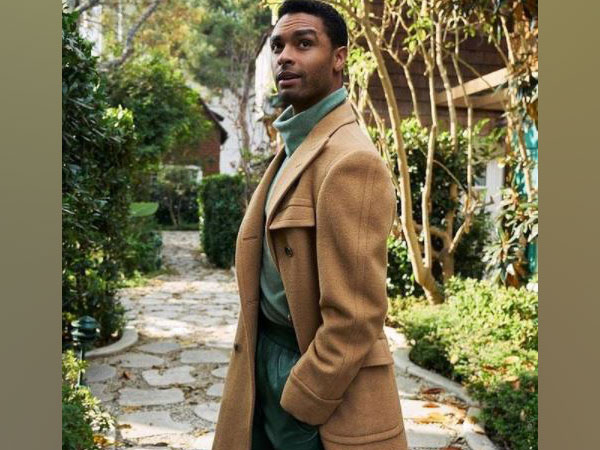 Washington [US], April 7 (ANI): DC Films producer and chairman Geoff Johns denied the allegation that he prevented actor Rege-Jean Page from being cast in a role because he is Black.

In a new report published by The Hollywood Reporter, multiple sources alleged that DC Comics chairman Geoff Johns prevented Syfy's Krypton producers from hiring Page because he is Black, but Johns said that this is not the case.
The report detailed how 'Justice League' director Joss Whedon was allegedly "abusive" towards the cast, and how those in positions of leadership, including Johns, allegedly enabled this behaviour. Whedon has never publicly addressed the allegations, which were first brought forward by 'Justice League' actor Ray Fisher.
Johns' rep denied the allegations in a statement to E! News, sharing, "Geoff never said Superman can't have a Black ancestor or be Black--there have been diverse versions of Superman throughout the comics for decades so he does and can be diverse."
"However, the expectation for KRYPTON was that it would initially be perceived as a possible prequel to Man of Steel by the fans," he continued, "and the lead was expected to invoke a young Henry Cavill."
Additionally, Krypton writer Nadria Tucker, who is a Black woman, tweeted on February 24 that Johns tried to tell her "what is and is not a Black thing." She told The Hollywood Reporter, "I said Black women, we tend to change our hair frequently. It's not weird, it's a Black thing... And he said, 'No, it's not.' "
According to The Hollywood Reporter, multiple sources additionally alleged that Johns prevented show creators from making "one superhero character, Adam Strange, gay or bisexual."
Johns' rep told The Hollywood Reporter in an email that his comments to Tucker, as well as the casting decisions regarding Krypton and Adam Strange, were part of "standard continuity notes."
In a separate statement to E! News, Johns' rep described the allegations as "categorically false and horrific."
The statement said, "Geoff celebrates and supports LGTBQ characters, including BATWOMAN who was first re-introduced as LGBTQ in the 52 comic book series in 2006, a series co-written by Geoff, and then pitched internally to the Studio by Geoff as a character to develop a television show around, the first LGBTQ lead DC superhero television series."
WarnerMedia conducted an investigation into allegations Fisher previously made in the summer of 2020, interviewing individuals who worked with Johns and Whedon.
The investigator and former federal judge Katherine B. Forrest said in a statement to E! News that she and her staff conducted "more than 80 interviews, the review of thousands of pages of documents, and over 2000 hours of work by me and my colleagues."
"I and my staff reached out twice to every member of the cast and crew involved in the Justice League reshoots (more than 600 people), as well all of the individuals Ray Fisher specifically requested we interview. We spoke with every individual who would speak with us and all of the people that Mr. Fisher asked us to speak with," Forrest continued.
"I found no credible support for claims of racial animus or racial or disability insensitivity," Forrest added.
WarnerMedia previously told E! News they took "remedial action" following the conclusion of their investigation into Fisher's claims last summer, but did not elaborate on their statement citing privacy and legal reasons.
At the time, Fisher tweeted that there were "still conversations that need to be had and resolutions that need to be found," but thanked his followers for their support. (ANI)
ADVERTISEMENT