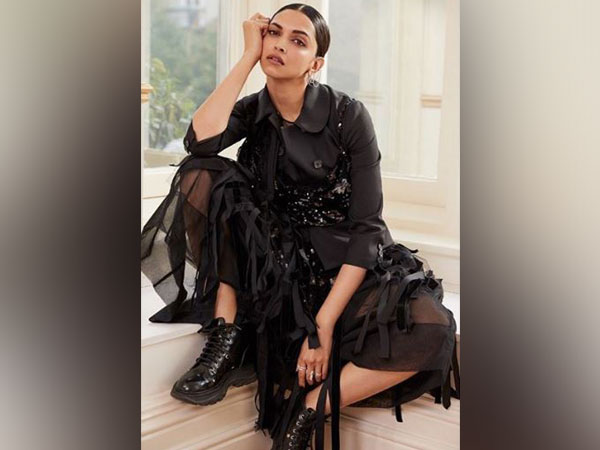 New Delhi [India], Nov 29 (ANI): With fans posting their versions of 'Dheeme Dheeme' from Kartik Aaryan's upcoming outing 'Pati, Patni Aur Woh', the #DheemeDheemeChallenge has sure created a buzz on the internet and now actor Deepika Padukone too wants to be a part of it!

Moreover, to participate in the trend, Deepika has asked Kartik himself to guide her on the hook step, which is not a cakewalk.
The 'Padmaavat' actor on Friday took to the Instagram story and tagged Kartik writing, "Will you please teach me the Dheeme Dheeme step!?"
"I want to take part in the #dheemedheemechallenge !!!" she added. 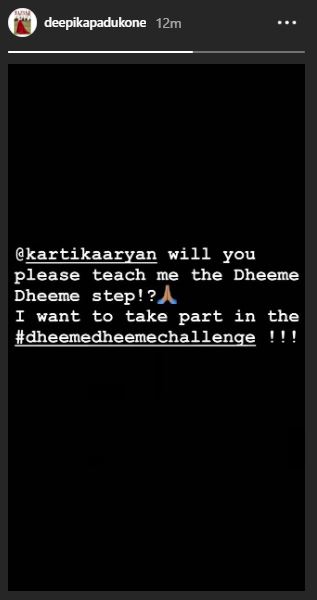 In a while, the actor replied saying, "Ji Jarur. Aap jaldi pick kar lengi. Bataiye kab?" and accompanied the with the sticker of a couple dancing. 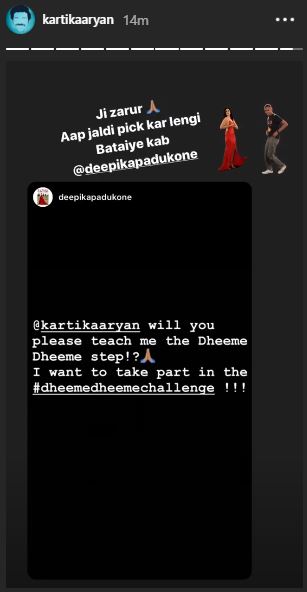 The challenge started earlier this month after the song was dropped. With peppy beats, the track seemed promising to make it to the party playlists.
Kartik in his upcoming feature will be seen opposite Bhumi Pednekar and Ananya Panday with the former playing his wife while the latter being the other woman!
'Pati, Patni Aur Woh' is the remake of the 1978 feature of the same name and is directed by Mudassar Aziz and produced by Bhushan Kumar, Renu Ravi Chopra and Krishan Kumar.
It is slated to hit big screens on December 6. (ANI)
ADVERTISEMENT