Deepika Padukone, Rishi Kapoor to star in Indian adaptation of 'The Intern' 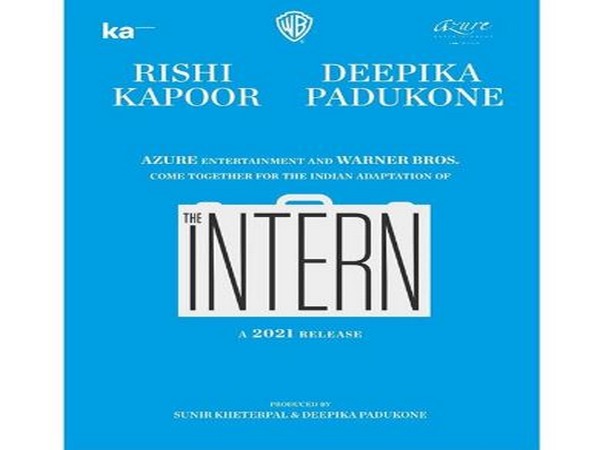 New Delhi [India], Jan 27 (ANI): Deepika Padukone and Rishi Kapoor have been roped in for the Indian adaptation of Anne Hathaway and Robert De Niro starrer 2015 comedy-drama 'The Intern' on Monday.

Deepika Padukone hopped on to Twitter to share the news along with a caption that reads: "Thrilled to present my next! The Indian adaptation of #TheIntern A 2021 release! Presented by @_KaProductions@warnerbrosindiaand @iAmAzureSee you at the movies! @chintskap." 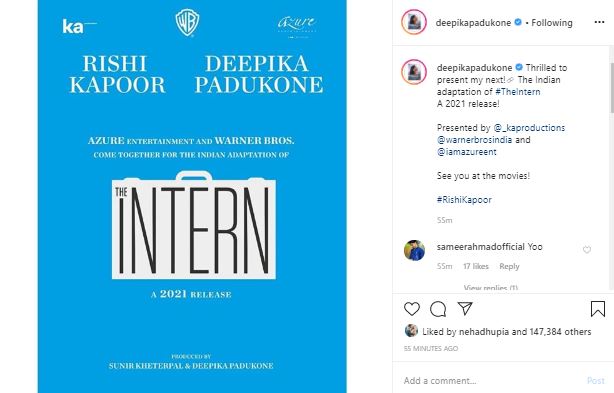 Produced by Azure Entertainment, Ka Productions, and Warner Brothers, the movie will hit the theatres next year.
Deepika, who was last seen in 'Chhapaak', where she essayed the role of acid attack survivor Laxmi Aggarwal. The 34-year-old actor managed to impress the audience, with the gripping storyline.
Deepika will also be seen in Ranveer Singh starrer action drama '83' in which she will be seen essaying the role of Ranveer Singh's on-screen wife Romi Dev. The 'Padmaavat' actor is also producing a film in which she will narrate the Mahabharata from Draupadi's point of view. (ANI)
ADVERTISEMENT