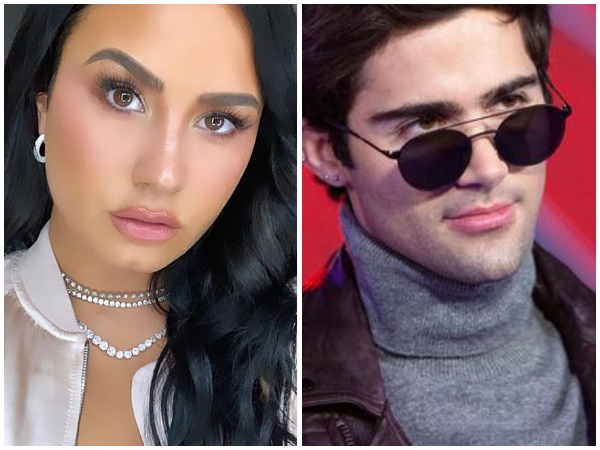 According to Us Weekly, over the last few days, the 27-year-old singer and the 'Young and the Restless' actor have been exchanging flirty messages with one another on Instagram leading fans to believe that sparks could be flying. One week after the couple were spotted out and about in Los Angeles, a source close to Ehrich told the outlest that the relationship is off to a strong start. A second insider confirms the romance, adding that the pair "met a few weeks ago."
On March 11, the speculations that Lovato and Ehrich are more than friends flared up when the 'Sorry Not So Sorry' singer replied to a video of Emmy-nominated actor's singing by posting a "to my <3" on social media. To which the actor dropped a heart and an infinity emoji in the comments soon after.
Two weeks later, convincing fans that things between the two were escalating--Lovato left a flirtatious comment on a shirtless photo of Ehrich.
The 'Sober' singer's relationship comes three months after she called off her brief romance with 25-year-old baseball player Wilson.
Ehrich has previously been linked to actress actor Veronica Dunne and model Sommer Ray. (ANI)
ADVERTISEMENT