Demi Moore opens up about dark childhood, reviving her mother after overdose 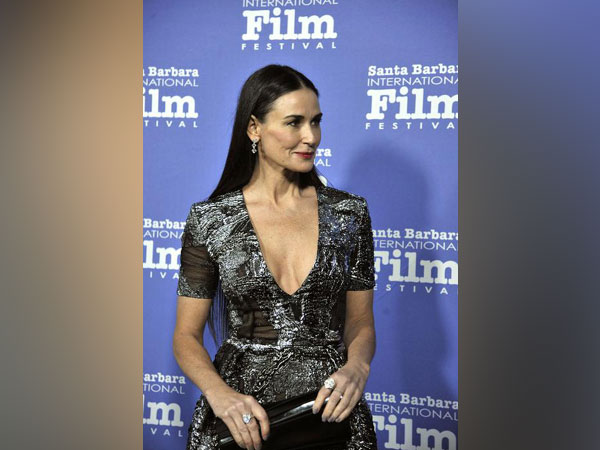 Washington D.C. [USA], Sept 13 (ANI): From the outside, it seems like Demi Moore has it all! She's a successful actor, producer, a mother-of-three, a model and so much more. However, the 56-year-old star's road to success wasn't an easy task.
Moore has had her fair share of ups and downs. The actor opened up about the obstacles she overcame to The New York Times and for Harper's Bazaar's October issue, reported E! News.

According to the iconic fashion magazine, Moore experienced a "nomadic childhood", in which she travelled across the country with her parents and her brother and the painful experiences started at an early age.
At one point during the interview, Moore recalled reviving her mother after an overdose.
"The next thing I remember is using my fingers, the small fingers of a child, to dig the pills my mother had tried to swallow out of her mouth while my father held it open and told me what to do," she said.
"Something very deep inside me shifted then, and it never shifted back. My childhood was over," she added.
As per the publication, Moore's mother sometimes took her to an apartment in West Hollywood to escape the alcoholism of her father, who Moore later learned wasn't her biological dad. She later met German actor Nastassja Kinski. Moore wrote in her new memoir, 'Inside Out', how she helped Kinski run lines for her audition.
"She had this sense of herself that I so wanted," she stated, per Harper's Bazaar.
"Even though I didn't know what it was. To me, she represented a sense of freedom that I couldn't even fathom. It was a sense of belonging. [And I felt] if I could fit there, then it would mean it's okay that I'm here...that it's okay that I was born," the actor added.
According to The New York Times, Moore also revealed in her new book that she was raped at the age of 15.
At the age of 16, Moore met her first husband, Freddy. They married two years later but eventually parted ways. Meanwhile, she was rising to fame at that time, she appeared on American TV series 'General Hospital' and landed roles in films like 'Blame It on Rio'. She also starred in films like 'Ghost', 'Indecent Proposal', 'Striptease' and 'G.I. Jane'.
Moore then married Bruce Willis in 1987. They welcomed three children together. After more than a decade of marriage, the celebrity couple called it quits.
Moore's memoir, 'Inside Out', hits the bookshelves on September 24. (ANI)