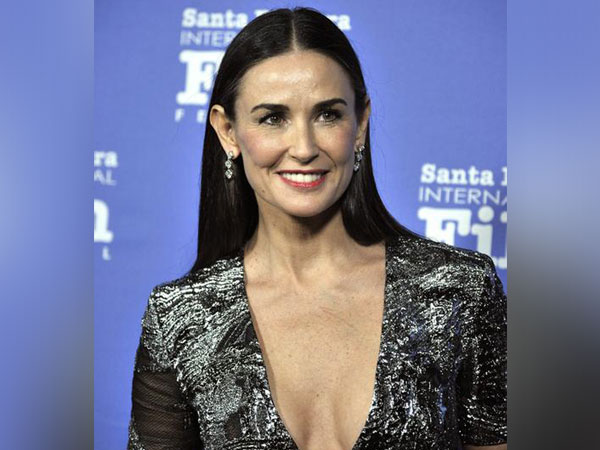 Washington D.C [USA], Sept 21 (ANI): Actor Demi Moore opened up about her near-death experience from a bizarre drug concoction in 2012.
The actress was having a bash with daughter Rumer Willis who was 23 at the time. "Did what other people were doing: sucked in a hit of nitrous oxide, and when the joint reached [her] ... took a puff of synthetic pot (it was called Diablo, fittingly)," she wrote in her book, 'Inside Out'.

Moore had a seizure after combining the drugs, according to Radar, who has the excerpt from the book. Also, she described having an out-of-body experience, cited Page Six.
"Everything went blurry and I could see myself from above. I was floating out of my body into swirling colours, and it seemed like maybe this was my chance: I could leave the pain and shame of my life behind," wrote Moore.
At the time of the incident, Moore had recently parted ways from ex-husband Ashton Kutcher and was estranged from her other two children, Scout and Tallulah, as well as ex-husband Bruce Willis.
She was rushed to the hospital and the situation drove a wedge between her and Rumer for more than a year, Radar reported, as cited by Page Six.
The upcoming memoir of the actress also lists two threesomes she had with Kutcher that she later regretted, as well as his alleged infidelity.
"I wanted to show him how great and fun I could be," she said in the memoir.
Kutcher and Moore called it quits in 2011 and were officially separated by 2013. Kutcher is now married to Mila Kunis; the duo has two children.
According to UsWeekly, Kutcher was prepared for the revelations and "had a heads-up on what is in the book. He's not mad or disappointed." (ANI)
ADVERTISEMENT