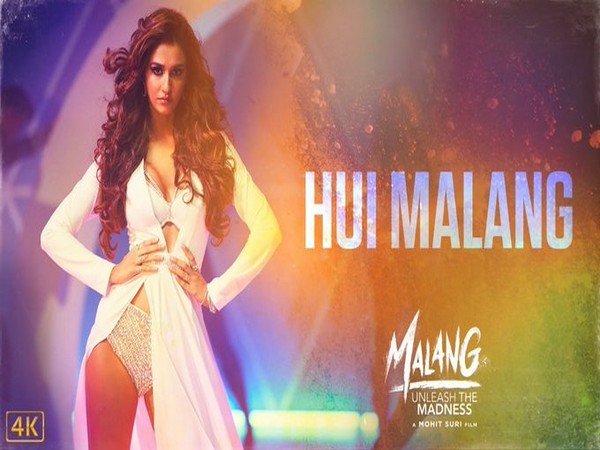 New Delhi [India], Feb 3 (ANI): After piquing the curiosity of fans on her upcoming song, Disha Patani released the peppy number titled 'Hui Malang' from the action-thriller 'Malang' on Monday.

The 27-year-old actor hopped on to Twitter and shared the video in a post that read: "Unleash Your Malang Side With #HuiMalang! Song out now."


In the three-minute-three-second song, Disha is seen setting the stage on fire as she performs sensuous moves on the dance number. Dressed in silver attire, Disha takes the oomph factor of the song to another level. The song also features sneak peeks of Aditya Roy Kapoor and Anil Kapoor amid the dance sequences by the actress. The foot-tapping number has been penned by Kunaal Vermaa and Haarsh Limbachiyaa and crooned by Asees Kaur.
Earlier, lead actor Aditya Roy Kapoor shared a poster from the film which had him sporting a ferocious look.
The title track received 10 million views on YouTube in merely 24 hours of its release.
The trailer of the movie took the expectations a notch higher with the powerful visuals it presented. However, while the trailer presented the movie in a powerful, action-packed way, the title track placed it in a rather soothing spot, showing the chemistry between the lead actors Aditya and Disha and their blossoming romance in Goa.
The movie also features Kunal Kemmu in a pivotal role. The revenge drama, directed by Mohit Suri, is set for release on February 7. (ANI)