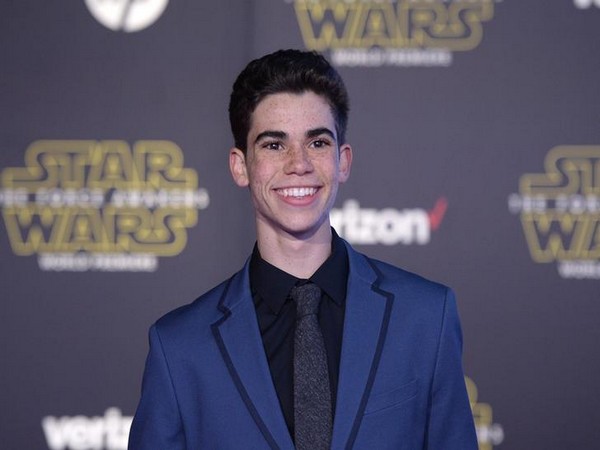 Washington D.C. [USA], July 12 (ANI): Following the death of Cameron Boyce, Disney announced the cancellation of the red carpet premiere of 'Descendants 3' and will honour the actor by donating to non-profit, that the late actor was involved in.

"We're proud to be part of Cameron Boyce's legacy by showcasing his talents on screen, but we are cancelling the red carpet premiere event for 'Descendants 3' (scheduled for July 22) and instead, The Walt Disney Company will make a donation to the Thirst Project, a philanthropic organization to which Cameron was deeply committed," a statement from Disney Channel said according to Fox News.
Disney will also take permission from the late actor's family for dedicating the telecast of the musical fantasy franchise, in which he played the role of Cruella de Vil's son, Carlos, in his memory, reported Fox News.
The death of the actor was confirmed by the family on Saturday night. Boyce died in his sleep after suffering a seizure. He was only 20-years-old when he passed away.
On Monday, Victor thanked his son's fans on Twitter, writing, "I'm overwhelmed with the love and support our family has received."
"I can't thank you guys enough," Victor added.
The official cause of death of Cameron has yet to be determined following an autopsy that was performed on Monday.
He was "found unresponsive in his home" on Saturday afternoon and pronounced dead on the scene after authorities were called, the Los Angeles County Department of Medical Examiner-Coroner confirmed. (ANI)
ADVERTISEMENT