Drew Barrymore gets a daytime talk show at CBS 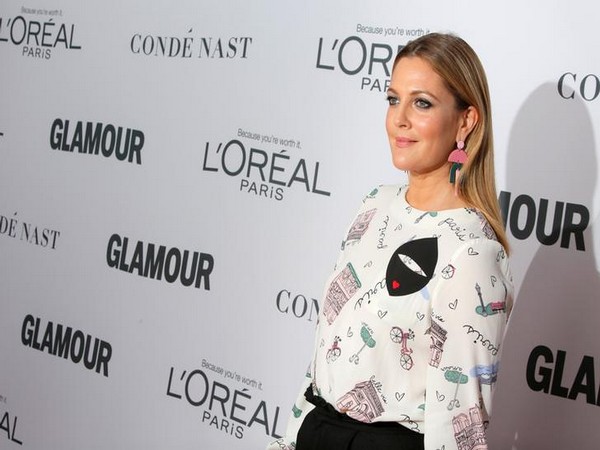 Washington D.C. [USA], Oct 11 (ANI): After achieving a milestone in the Hollywood industry, Golden Globe winner Drew Barrymore is all set for her next stint as a talk show host.

The 44-year old 'Charlie's Angels' actor is officially going to be a daytime talk show host, confirmed Variety.
She will turn host for a syndicated talk show for CBS Television Distribution, which is aiming a launch in fall next year. The actor had already shot a pilot for the show two months back.
"It is beyond my wildest dreams to have this opportunity for a daily talk show. I'm truly thrilled and honoured to be creating this show with CBS," Barrymore expressed.
News of the pickup was announced by Steve LoCascio, chief operating and financial officer of CBS Global Distribution Group.
"Drew is a huge star and a breath of fresh air - her show will energize any station's lineup," said Steve LoCascio, chief operating and financial officer of CBS Global Distribution Group.
Backed and distributed by CBS Television Distribution, the show will have Barrymore, Chris Miller and Ember Truesdell as its executive producers.
Barrymore is known for her roles in '50 First Dates', 'Charlie's Angels', 'Ever After', 'He's Just Not That Into You', among others. (ANI)
ADVERTISEMENT