Drummer Ginger Baker passes away at 80 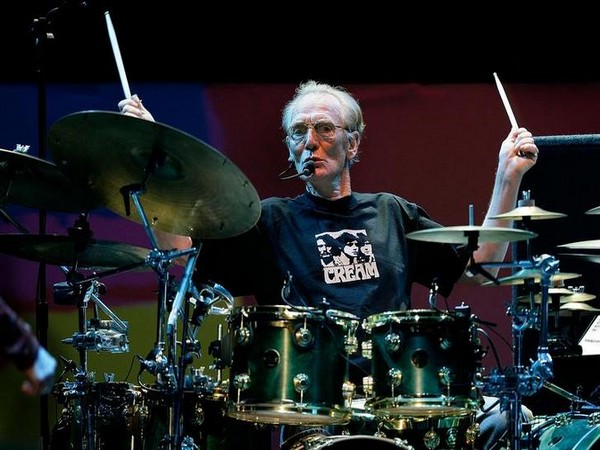 Washington D.C. [USA], Oct 7 (ANI): Iconic drummer Ginger Baker passed away at the age of 80 on Sunday in England. He emerged as the first superstar percussionist and was associated with the popular British band 'Cream'.

Mourning the loss of an icon from the music industry, singer-songwriter Paul McCartney tweeted, "Ginger Baker, great drummer, wild and lovely guy. We worked together on the 'Band on the Run' album in his ARC Studio, Lagos, Nigeria. Sad to hear that he died but the memories never will. X Paul." 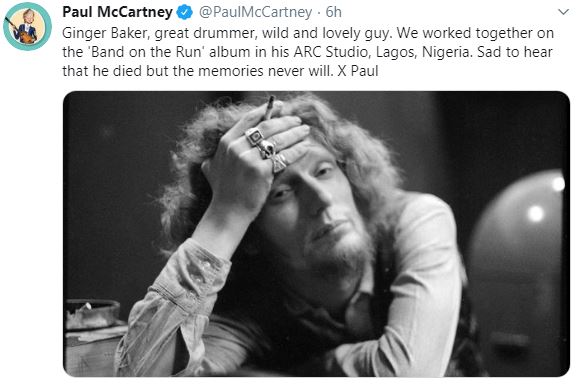 Music composer Jack Bruce also extended his "sincere condolences" on behalf of the Bruce family.
"The Bruce family would like to extend their sincere condolences to Ginger Baker's family, friends and fans. Surviving a love hate relationship, Ginger was like an older brother to Jack, their chemistry was truly spectacular. RIP Ginger, one of the greatest drummers of all time," he tweeted. 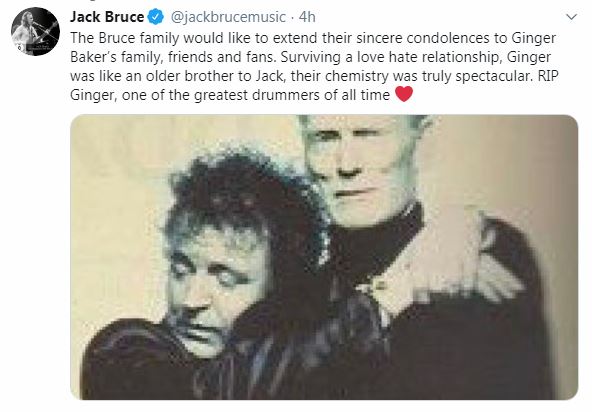 The late drummer was suffering from ill-health from the past many years and his conditions was revealed to fans on September 25 through a message posted on his Facebook page.
"Announcement. Ginger is critically ill in the hospital. Please keep him in your prayers. Thank you, everyone," the post read.
His music works ranged from blues, psychedelia, hard rock, jazz-rock fusion, world music, to post-punk, in a career spanning six decades.
Being a member of rock's first supergroup- Cream, he is also credited with being the first to employ two bass drums, reported Variety.
He was inducted into the Rock and Roll Hall of Fame as a member of 'Cream'.
Moreover, the drummer was also honoured with a Grammy Lifetime Achievement Award in 2006. (ANI)
ADVERTISEMENT