Dwayne finally opens up about father's death in video 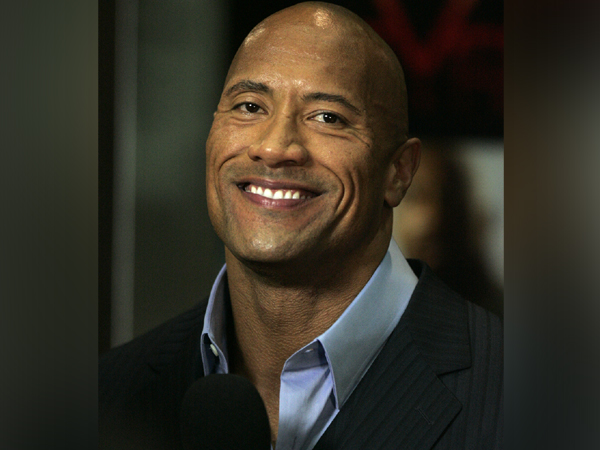 Washington D.C. [USA], Jan 21 (ANI): After a few days of father Rocky Johnson passing away, Dwayne Johnson finally opened up about the incident.
According to a report by Fox News, the 75-year-old, who succumbed to deep vein thrombosis, was close to son Dwayne. The 'Fast and Furious' actor shared in a video on Monday, "As you know, I lost my old man a few days ago. I lost him just like that, didn't get a chance to say goodbye to him."

He continued, "I would give anything right now to give him a big ole hug and a big ole kiss before he crossed over and just say thank you and I love you and I respect you. I didn't get a chance to say that, but such is life, as many of you know."
He also recalled his close relationship with father by voicing, "There's a unique father-and-son bond that's so unique and it's a testosterone-driven bond that's irreplaceable. So there's so much about my old man and all of his complexities that only me as his son can understand."
Revealing about the health condition of his father during his last few days, Dwayne said in a gloomy voice, "He had not been feeling well. He'd been battling a cold and infection and on Tuesday he had what's called a deep vein thrombosis, which is essentially a blood clot in the leg.
"He went fast, he went quick. That's my old man. He was always quick," recalled Johnson, "That did give me great comfort because it wasn't prolonged."
He shared that a big old blood clot that broke free, travelled up Rocky' body and went right to his lung, clotted his lung and caused a massive heart attack which resulted in a quick death.
The 47-year-old's post received comforting comments from his near and dear ones. Mark Wahlberg commented on the video, saying, "Love brother." While Ryan Reynolds also commented, writing, "Beautifully said. Sending you and the family tons of love." "Always have your back," said Olympian Lindsey Vonn. (ANI)
ADVERTISEMENT