Dwayne Johnson is returning to the ring! 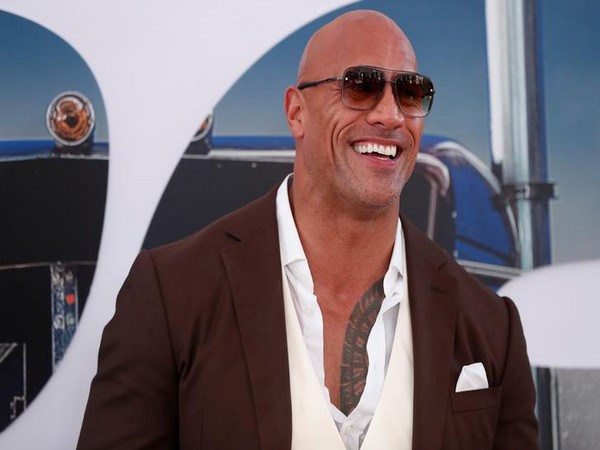 Washington D.C. [USA], Oct 1 (ANI): After staying away from the ring for long, 'The Rock' aka Dwayne Johnson is finally making a return to wrestling.
Johnson, who is currently enjoying the success of his last release 'Hobbs and Shaw', announced the news in a tweet, writing, "FINALLY...I come back home to my WWE universe."

For fans wondering how long will they have to wait for the actor-wrestler to be seen on-screen, the wait is short as Johnson is returning for "debut of SMACKDOWN! LIVE on FOXTV" this Friday night.
"There's no greater title than #thepeopleschamp. And there's no place like home. Tequila on me after the show #IfYaSmell #Smackdown #RocksShow #FOX," he added.
Along with his tweet on Monday, 'The Rock' included a video montage of his wrestling career.
According to Deadline, cited Fox News, other WWE stars set to appear on 'SmackDown!' include Hulk Hogan, Ric Flair, Kurt Angle, Lita, Mick Foley, Booker T, Trish Stratus, Goldberg, Jerry Lawler, Mark Henry and Sting.
Johnson was a regular in wrestling some 15 years back, however, he had made a few appearances in the ring including the 2013's Wrestlemania with John Cena.
While his comeback comes as good news for his fans, Johnson isn't bidding adieu to the tinsel town. Just a few days back, he expressed his gratitude on his last release's success and also hinted at a possible 'Fast and Furious' return as he thanked Vin Diesel for supporting the offshoot. (ANI)
ADVERTISEMENT