Ed Sheeran opens up about his 'addictive personality' that led to binge eating, drinking 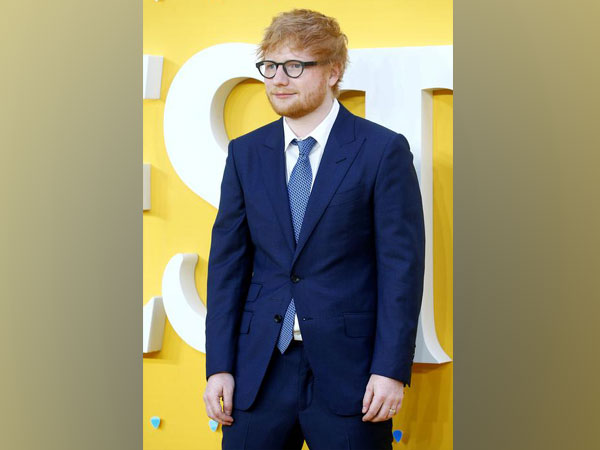 Washington D.C. [USA], July 29 (ANI): Singer-songwriter Ed Sheeran during a recent interview got candid and revealed about his 'addictive personality' that ultimately led to struggles with binge eating and drinking.

According to People magazine, the 'Perfect' singer appeared for the Hay House Chasing the Present Summit, where he reflected on his unhealthy lifestyle that he had during his 'X' World Tour in 2015.
Recalling his lifestyle practice back then, the Grammy Award winner said, "For me, it was down to bad diet, drinking and then not seeing sunlight at all, so I was touring. Oh, and I wasn't exercising."
The 29-year-old singer explained how he would "stay up and drink all night" in the buses that were parked underneath arenas. He also marked those phases as the "lowest" he had been in.
"I'd sleep on the bus all day and then wake up and then come out, do the show, drink, get back on the bus. I didn't see sunlight for like maybe four months. It's all fun and games at the start, it's all rock and roll, and then it starts getting just sad," he added.
The 'Shape of You' singer cited examples from his personal life to say that many of his personal struggles arose from "a very, very addictive personality".
The magazine also mentioned Sheeran acknowledging that he would tend to not behave moderately, particularly when it came to his relationship with food and alcohol.
"I think with addiction, it's just very hard to moderate, but moderation is the key," he said. "I'm covered in tattoos and I don't do things by halves, so if I'm gonna drink, I kind of see no point in having a glass of wine. I'd rather have two bottles of wine."
However, towards the end, he gave credits to his wife Cherry Seaborn for her efforts in making him focus on a happy, healthy lifestyle. (ANI)
ADVERTISEMENT