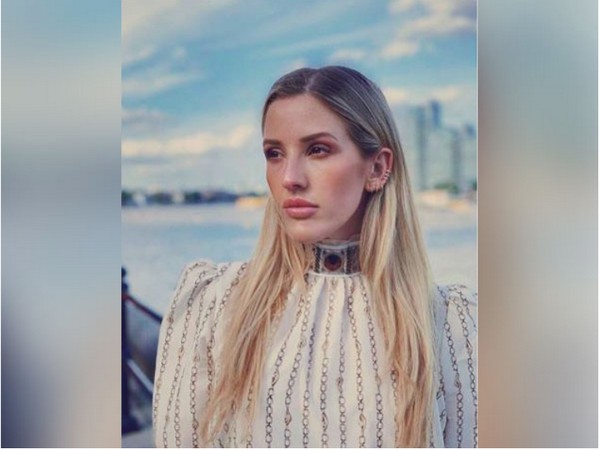 She lit up the stage with her performance while the football game between the Chicago Bears and Detroit Lions got off to a rough start.
However, it was her outfit that caught wide attention. The Grammy-nominated artist was sported in a lampshade-Esque cowboy hat, donned in a half-white, half-black.
Twitter users found the look unusual and trolled the singer for it. 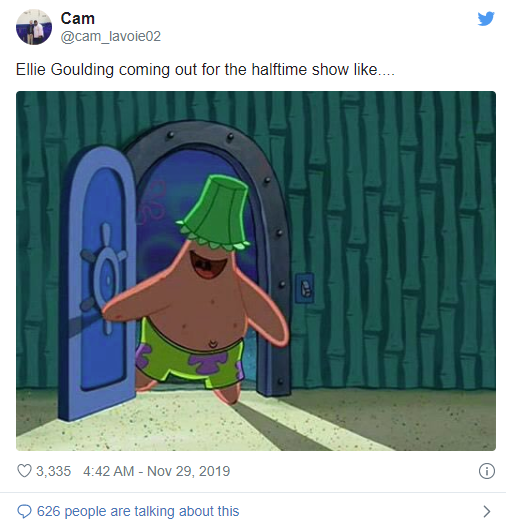 "Ellie Goulding coming out for the halftime show like...." wrote one user, attaching a photo of Patrick Star, from the TV series 'SpongeBob SquarePants', with a lampshade on his head. 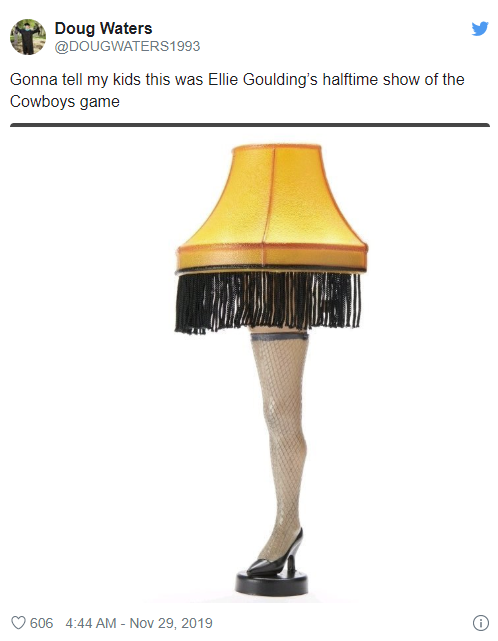 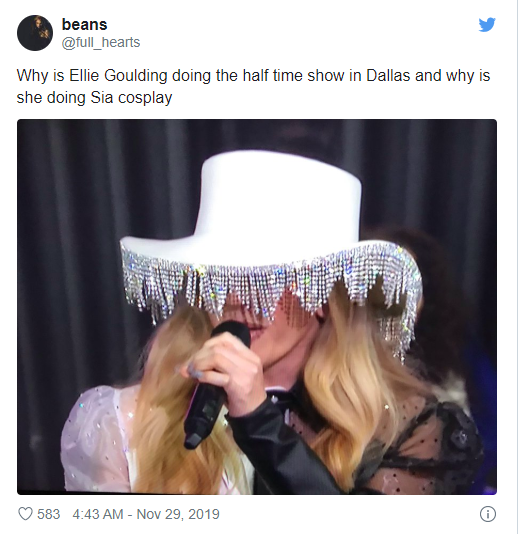 "Why is Ellie Goulding doing the half time show in Dallas and why is she doing Sia cosplay," said another user, referencing pop star Sia's iconic black-and-white wig.

"Gonna tell my kids this was Ellie Goulding's halftime show of the Cowboys game," wrote another, along with a photo of a lampshade with a leg in fishnet tights as its base.
(ANI)
ADVERTISEMENT