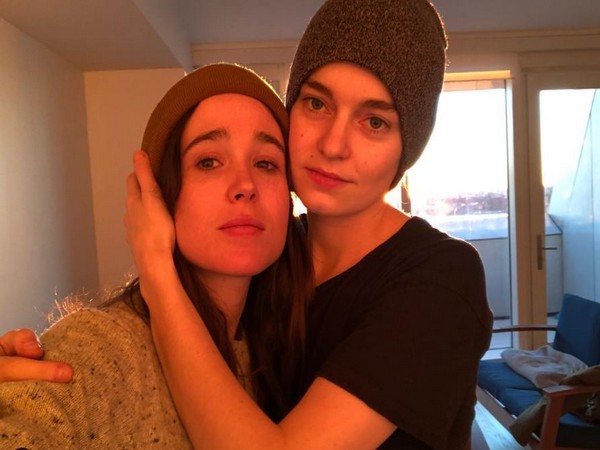 Washington [US], January 27 (ANI): Actor-producer Elliot Page has filed for divorce from his wife and choreographer Emma Portner after three years of marriage.

According to E! News, the Oscar-nominated star filed for divorce from Portner in New York on Tuesday. The former couple also confirmed their split in a statement to the publication.
Announcing their split, the pair said in a joint statement, "After much thought and careful consideration, we have made the difficult decision to divorce following our separation last summer. We have the utmost respect for each other and remain close friends."
The divorce news comes three years after Page and Portner announced that they had tied the knot in a private ceremony in January 2018. The couple had started dating in 2017.
Page came out as a transgender in December last year. The actor had taken to social media to make the announcement. Last month, Portner shared a loving message for Page after the announcement. "I am so proud of @elliotpage," the Broadway Dance Center teacher wrote on Instagram.
"Trans, queer and non-binary people are a gift to this world. I also ask for patience & privacy but that you join me in the fervent support of trans life every single day. Elliot's existence is a gift in and of itself. Shine on sweet E. Love you so much," Portner wrote.
Page is widely known for his roles in 'Inception', 'Juno', 'The Tracey Fragments', 'Whip It', 'Super', and 'Tallulah'. The actor was nominated for an Academy Award, a BAFTA Award, a Critics' Choice Award, a Golden Globe Award, and a Screen Actors Guild Award for his role in 'Juno'. He was last seen in Netflix's web series 'The Umbrella Academy'. (ANI)
ADVERTISEMENT