Embark on a laugh riot with 'Bala's' new poster! 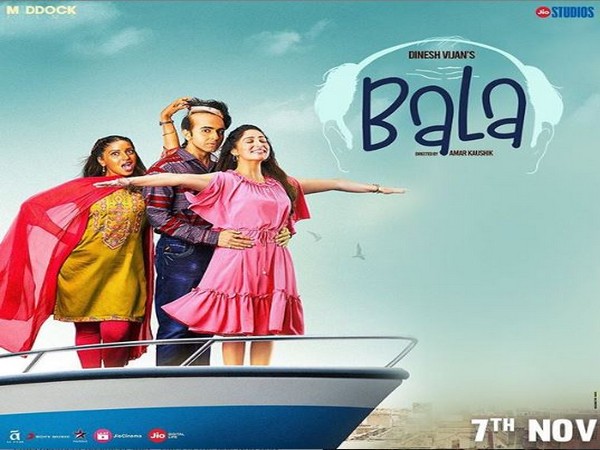 
Taking to Instagram, Ayushmann shared the new look poster of the film which is sure to leave you in splits!

Going by the poster, the lead cast is seen at their happy best as they seem to have adapted to the characters really well. 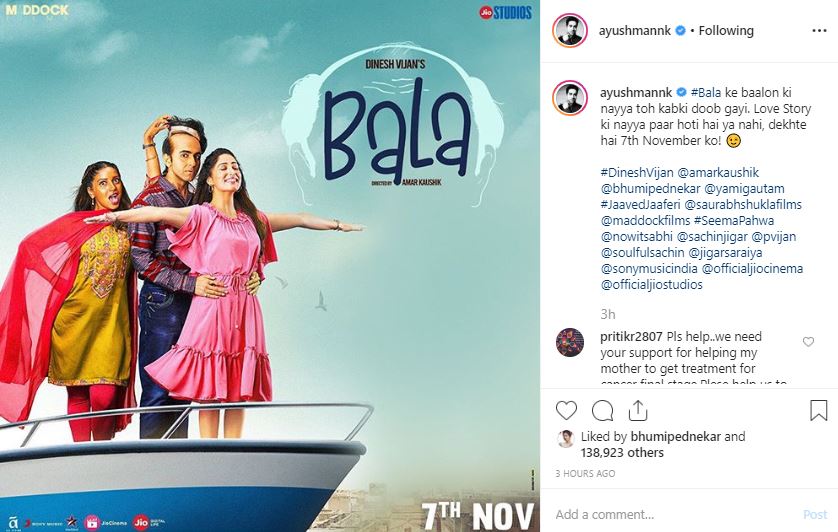 The makers of the film have launched two upbeat tracks 'Naah Goriye' and 'Don't Be Shy' from the film.
While 'Don't Be Shy' is a retro number, which is a reprised version of a popular Rouge and Dr Zeus song, 'Naah Goriye' is Harrdy Sandhu's 2018 hit number 'Naah' which featured Nora Fatehi.
Ayushmann and Bhumi have earlier worked in blockbusters like 'Dum Laga Ke Haisha' and 'Shubh Mangal Saavdhan'. The upcoming film marks their third collaboration together.
The 'Article 15' actor made his debut in Bollywood with Yami Gautam in 'Vicky Donor'.
Saurabh Shukla, Jaaved Jaaferi, Seema Pahwa and Abhishek Banerjee too are part of the film, which is directed by 'Stree' fame director Amar Kaushik and produced by Dinesh Vijan.
The release of the film has been preponed and it is now slated to hit the screens on November 7. (ANI)
ADVERTISEMENT