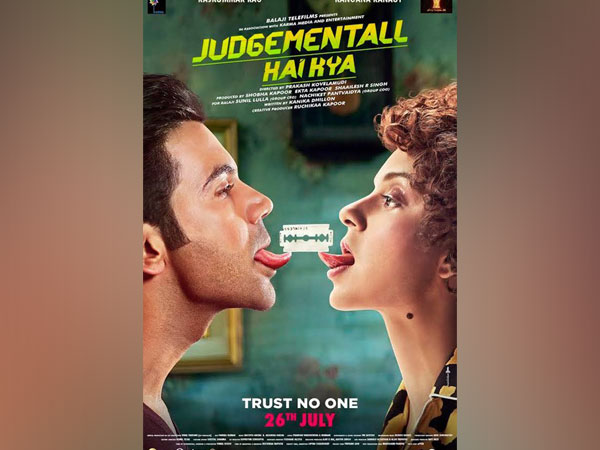 Kangana Ranaut and Rajkummar Rao-starrer Judgementall Hai Kya has been stealing the limelight ever since its inception. The film opened to good reviews but looks like the controversies are yet to leave the film's side.

As if the film had not courted enough controversies already, another one has come knocking the door. An artist has alleged that one of the new posters of the black comedy-thriller featuring Kangana has been plagiarised.

Flora Borsi, a Hungarian digital artist and photographer, has accused the makers of the film of plagiarism. She alleged that they have copied her work for the poster of the movie, without asking for her permission.

The artist, who has verified accounts on both Facebook and Instagram, also shared a collage on social media comparing the said poster and another photograph, which she said is her piece of work.

"Any similarities? It's a famous bollywood movie poster called Judgementall Hai Kya. They didn't ask for any permission nor reached me out. It's a shame for big companies plagarising freelance artists work," she wrote. 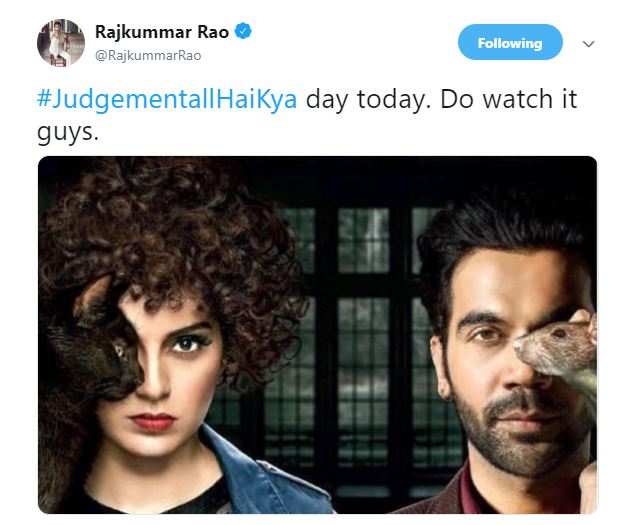 The makers and actors of the recently released film are yet to react on the accusations.

Judgementall Hai Kya is about two murder suspects - Kangana as Bobby and Rajkummar as Keshav.

While Bobby is a dubbing artist suffering from acute psychosis, a mental disorder, Keshav is the new tenant, who she gets attracted to. But Keshav is married to Rima (Amyra Dastur), who is murdered, and Bobby is convinced that Keshav is behind it.

The film received rave reviews from critics and going by the box office numbers, it is being liked by the moviegoers too.

Judgementall Hai Kya hit the big screens on July 26. Written by Kanika Dhillon, the movie has been directed by Prakash Kovelamudi. Produced by Ekta Kapoor, the flick also features Jimmy Shergill in a pivotal role.

Initially called Mental Hai Kya, the title of the movie was changed to Judgementall Hai Kya after mental health experts termed it as "insensitive" towards people who suffer from mental health issues.
ADVERTISEMENT