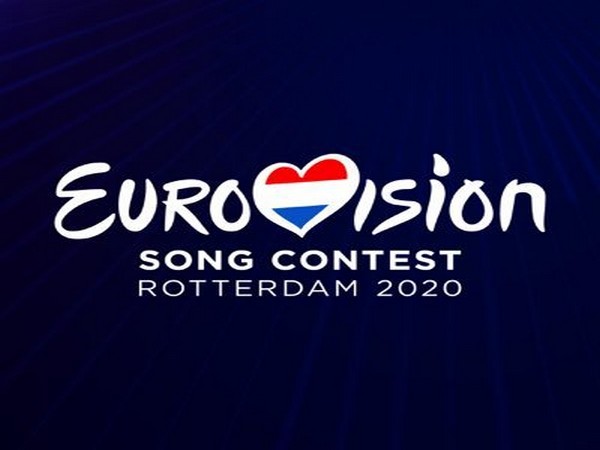 According to The Hollywood Reporter, the 65th edition of the popular pan-European singing competition was scheduled to run May 12-16 in Rotterdam, Netherlands, following the country's victory at the 2019 contest in Tel Aviv, Israel, with the song "Arcade" performed by Duncan Laurence.
On Wednesday the European Broadcasting Union (EBU), which organises the annual event, said it was cancelling Eurovision 2020. 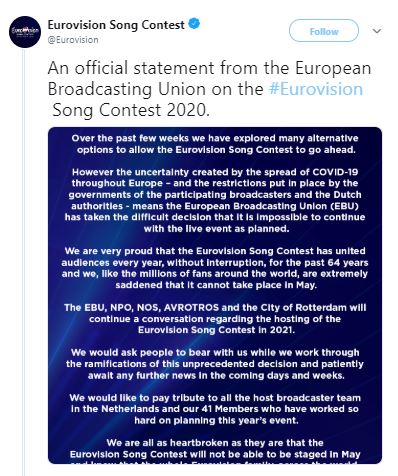 "It is with deep regret that we have to announce the cancellation of the Eurovision Song Contest 2020 in Rotterdam. Over the past few weeks, we have explored many alternative options to allow the Eurovision Song Contest to go ahead," reads the statement posted on Twitter.
"However, the uncertainty created by the spread of COVID-19 throughout Europe - and the restrictions put in place by the governments of the participating broadcasters and the Dutch authorities - means the European Broadcasting Union (EBU) has taken the difficult decision to not continue with the live event as planned."
"We are very proud that the Eurovision Song Contest has united audiences every year, without interruption, for the past 64 years and we, like the millions of fans around the world, are extremely saddened that it can not take place in May," adds the statement.
This marks the first time in Eurovision history that the contest has been cancelled. Launched in 1956, Eurovision is wildly popular, as in 2019 it attracted 182 million viewers across 40 markets, according to the EBU.
Concerns around COVID-19 emerged on March 4 when an EBU employee tested positive for the virus after returning from northern Italy. (ANI)
ADVERTISEMENT