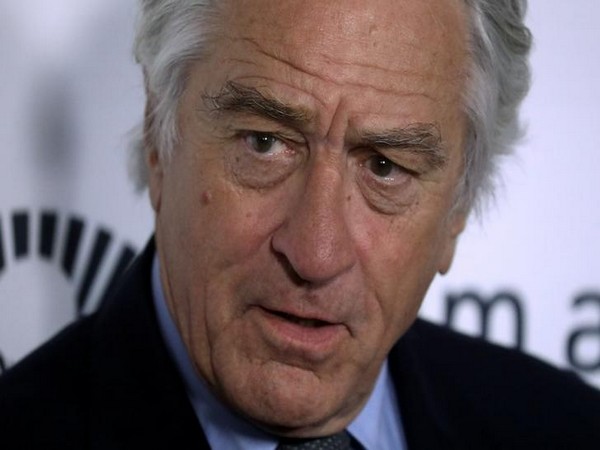 Washington D.C. [USA], Oct 3 (ANI): Graham Chase Robinson has filed a USD 12 million lawsuit against Hollywood ace actor Robert De Niro accusing him of seeking sexual advances, treating her like his "office wife" among others.
Robinson was former Vice President of Production and Finance in De Niro's Canal Productions.
According to a complaint filed in New York federal court on Thursday, "Robert De Niro is someone who has clung to old mores. He does not accept the idea that men should treat women as equals."

The complainant even added that De Niro "does not care that gender discrimination in the workplace violates the law," cited The Hollywood Reporter.
Robinson, in the complaint also claimed that the 'Good Fella' actor would try to maintain physical contact and ask her to "scratch his back, button his shirts, fix his collars, tie his ties, and prod him awake when he was in bed."
Among other things, De Niro also has called her "bitch", "brat", according to the suit.
"He would joke with Ms. Robinson about his Viagra prescription. De Niro smirked to Ms. Robinson about his young paramour, who was around Ms. Robinson's age," the lawsuit added.
Moreover, it added that the 76-year old also suggested his ex-employee to "get pregnant using sperm from her (married) male co-worker."
Robinson added that she was treated as De Niro's "office wife," assigned stereotypical female duties like housework and underpaid.
As per the suit, Robinson had enough and submitted her final resignation in April this year.
Robinson has claimed gender discrimination, retaliation, violation of the Equal Pay Act, and various other state and federal labor laws and seeks at least USD 12 million in damages.
The actor's film in earlier August filed a suit against Robinson accusing her of abusing corporate credit cards to watching Netflix.
The suit asked for USD 6 million in damages. (ANI)