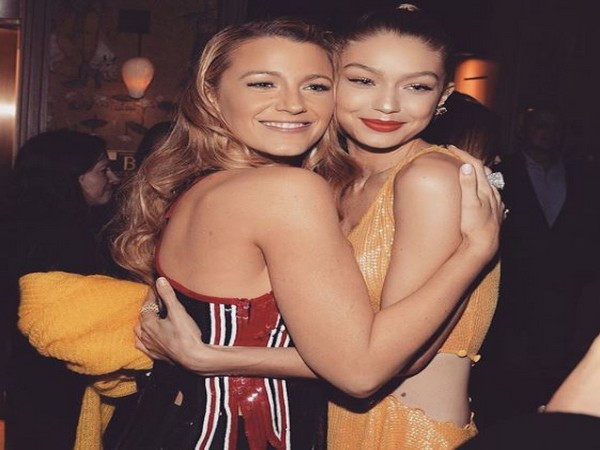 Washington D.C. [USA], Aug 28 (ANI): Supermodel Gigi Hadid's birthday wish for her close friend and actor Blake Lively is the sweetest thing you will see on the internet today!

Hadid has nothing but adoration for her pal and made sure to express her love in a heartfelt post.
Alongside her sweet message on Instagram, which came three days after Lively turned 32, Hadid shared a candid picture of the long-time friends in the kitchen. The 'Gossip Girl' actor can be seen holding a bowl while Hadid sits beside her enjoying a cup of coffee.
"It's this Queen's birthday week and I just want to say how grateful and lucky I am to have a friend like you, B. You are a real one and inspire me in so many ways," Hadid captioned the photo.
Hadid jokingly promised to show her appreciation for Lively through griddle cakes and disposable cameras.
"I will only be able to thank you enough by making you endless oatmeal griddle cakes and training your children to be world-class disposable-camera photographers. I love you! Wishing you every blessing," she added.

The two have been friends for quite some time and have been spotted out together at various events and occasions, including the Met Gala and Taylor Swift's childhood hero-themed New Year's Eve party, reported People.
Two never shy away from expressing adoration for each other. In April, Lively showered Hadid with love on her 24th birthday in a series of sweet Instagram stories.
Besides Hadid, Lively was showered with sweet birthday wish by her husband and actor Ryan Reynolds. The 'Deadpool' actor shared some never-seen-before candid stills of his wife in a hilarious birthday post on Sunday.
"Happy Birthday, @blakelively," Reynolds wrote along with a series of photos, trolling his pregnant wife with not-so-camera ready shots.
In nearly all of the stills, her eyes are closed while she can be seen smiling at the camera. Reynolds also shared some candids which were out of focus and other less flattering pictures.
In May, the couple announced that they were expecting their third child while at the New York City premiere of 'Pokemon: Detective Pikachu'. The 'Gossip Girl' actor stepped out wearing a yellow dress which hugged her baby bump.
The duo is already proud parents to two daughters James (4) and Inez, who will turn three next month. The much-in-love couple tied the knot in 2012. (ANI)
ADVERTISEMENT