'Good Newwz' to release in Hong Kong on February 13 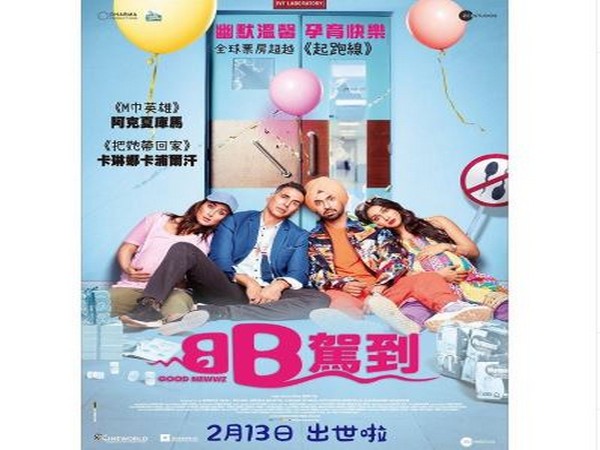 New Delhi [India], Feb 1 (ANI): Akshay Kumar on Saturday released a 'Good Newwz' for the film as the comedy-drama is set to be released in Hong Kong on February 13.

The 52-year-old actor hopped on to Instagram and shared the special poster of the film and wrote, "The biggest goof-up is all ready to take over #HongKong! #GoodNewwz releases on 13th February!" 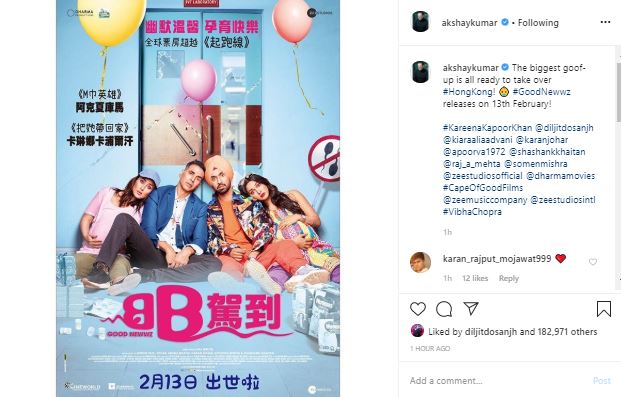 Akshay shared a special poster for the Hong Kong release. The poster features the two lead couples -- Akshay-Kareena and Diljit-Kiara -- with the ladies holding their baby bumps outside the setup of an IVF center.
The movie has received an exceptional response in India and joined the Rs 200 crore club in 24 days of release.

'Good Newwz' is a comedy-drama that revolves around two married couples trying to conceive babies but ends up in a major goof-up during in-vitro fertilisation (IVF).
The movie features Kareena Kapoor Khan alongside Akshay, while Diljit Dosanjh and Kiara Advani essay the role of a happy-go-lucky Punjabi couple.
Helmed by Raj Mehta and bankrolled by Zee Studio, the film was released on December 27, 2019. (ANI)