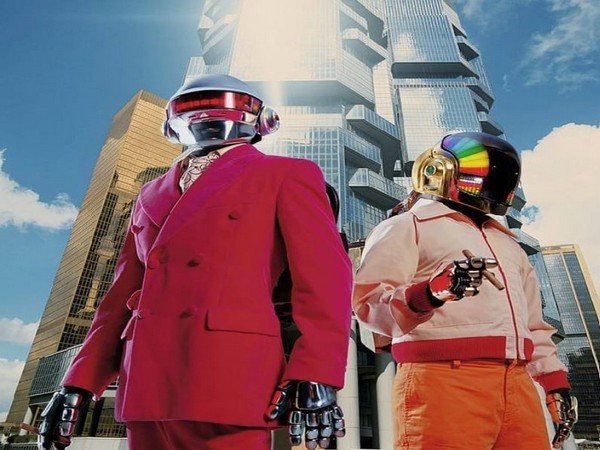 Washington [US], February 23 (ANI): It is the end of an era for an unforgettable music duo! The Grammy-winning French music duo Daft Punk announced their disbandment after 28 years.

The electronic music duo responsible for hits such as 'Get Lucky', 'One More Time' and 'Instant Crush' announced their disbandment via an eight-minute-long video titled 'Epilogue'.
The clip, which was posted on their official YouTube page, follows its two members -- Guy-Manuel de Homem-Christon and Thomas Gangalter in their signature robot performance personas -- during a scene from their film Daft Punk's 'Electroma' followed by a title card that reads '1993-2021'.
The eight-minute clip begins with a scene from the duo's 2006 film 'Electroma' that features the pair, who for many years have concealed their features behind a robot concept -- walking around the desert, wearing in their familiar space helmets and leather jackets.
After a few moments into the video, one of the members looks at the other, removes his jacket, and reveals an energy pack on the back. The other touches a button on the pack. The first member walks away quickly and then explodes.
The scene cuts to a sunset, or possibly a sunrise, as a choral version of the group's song 'Touch' plays. The song is from the duo's 2013 'Random Access Memories' album, which in many ways was a culmination of their career.
The album, which included the global hit single 'Get Lucky', won the Grammy Award for Best Album the following year. The duo has largely kept a low profile since then, with their most prominent work being a collaboration with The Weeknd on two songs from his 2016 album 'Starboy', the title track, and 'I Feel It Coming'.
The duo's longtime publicist, Kathryn Frazier, also confirmed their breakup to People Magazine.
Bangalter and de Homem-Christo met in the mid-80s at school in Paris as teenagers and soon after began working together on music. They formed a rock band called Darlin', inspired by the Beach Boys song of the same name, with their friend Laurent Brancowitz in 1992 and released a song on a compilation on Stereolab's Duophonic label.
Brancowitz left and ultimately formed Phoenix. The remaining two decided to focus on electronic music.
Throughout their career, the duo was nominated for 12 Grammy Awards, winning six of them, including four in 2014. The group won record of the year and best pop duo/group performance for 'Get Lucky' and album of the year and best dance/electronica album for 'Random Access Memories'.
Their first nomination came in in 1998, while their first two wins came in 2009 for 'Harder Better Faster Stronger' and 'Alive 2007'. In total, the group released four studio albums. (ANI)
ADVERTISEMENT