Grammys 2020: Did you know where your favourite singers are from? 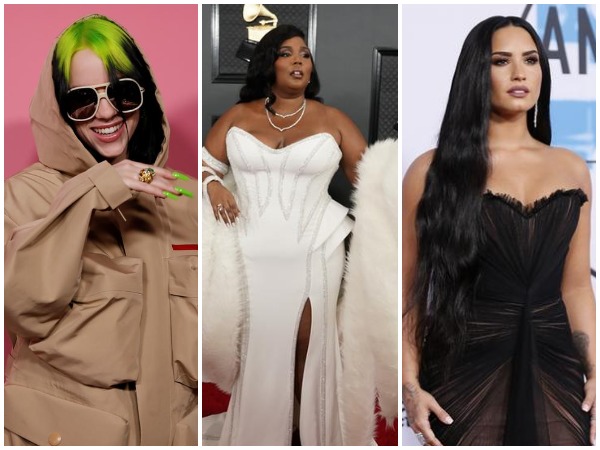 Washington D.C. [USA], Jan 27 (ANI): Billie Eilish dominated the 2020 Grammy Awards as she took home the trophies for five of her six nominations. Eilish, who was born on December 18, 2001, also made history by being the youngest person to be nominated for and to win, awards in all four general-field categories in the same time period.

The 18-year-old, who has managed to earn a name for herself within a short while, hails from America, a country that many celebrities call home. Read on to know where you can spot the superstar singer and what is it that makes her hometown special.
-Los Angeles, California
Billie Eilish is a native of the Highland Park area of Los Angeles. Nicknamed the 'City of Angels' (Los Angeles means 'the angels' in Spanish), L.A. is the epicentre of the American film and television industry.
To experience the glitz and glamour on your next visit to the U.S., start with the storied attractions of Hollywood, such as the Walk of Fame and TCL Chinese Theatre, before strolling the section of Sunset Boulevard known as The Strip with its vibrant billboards, restaurants and famous nightclubs.
Music lovers will feel right at home in downtown L.A. Live complex, home to the Grammy Museum, which features exhibits and memorabilia tracing Los Angeles' prominent role in popular music. Families won't want to miss Universal Studios Hollywood and its theme-park thrills, movie attractions such as "Star Wars Land" and the famed Studio Tour.
-Detroit, Michigan
Apart from Eilish, it was Lizzo who owned one of the music industry's biggest nights. She earned eight nominations at the Grammy Awards, the most of any artist nominated this year. After struggling with her career for six years, Lizzo shot to fame in 2019 with her number one hit 'Truth Hurts'. But, do you know where her love for music began during childhood? It was in her hometown, Detroit - a vibrant city with a fascinating history.
Muscle cars, Motown, Techno music. Culture capital, foodie magnet, trendsetter. All of these describe Detroit, Michigan, a tenacious city long associated with industry and automobiles. The city's rich musical and industrial heritage is more alive than ever before, mingling with an ever-expanding array of museums, performing arts, events and international cuisine.
While in Detroit, one must visit an unassuming property where Berry Gordy started Motown Records in 1959. From the outside, Hitsville USA and the Motown Museum could be just another residence on West Grand Boulevard. Inside, it's a different story. This is where history was made by some of the most famous recording artists of all time.
- Albuquerque, New Mexico
The 2020 Grammys was special for another reason. Demi Lovato made an emotional return to the stage for her first live performance since she was hospitalised in July 2018 for a reported drug overdose. She earned a standing ovation for her heart-breaking new song "Anyone." Lovato, whose full name is Demetria Devonne Lovato, was born in Albuquerque, New Mexico.
Bisected by the mighty Rio Grande River and set in the shadow of the pink-hued Sandia Mountains, this high-altitude city of more than a half-million people in New Mexico's largest. There is a distinctive Southwestern cultural flair and culinary scene, thanks to its history as the home of Native American tribes for thousands of years and later as an 18th-century Spanish colony.
Cultural, natural and urban attractions abound in Albuquerque's diverse neighborhoods. For a peek into native cultures, visit the Indian Pueblo Cultural Center or the Petroglyph National Monument to see ancient designs and symbols that were carved onto volcanic rocks long ago.
Albuquerque's techie heritage (Microsoft was born here in 1975) is evident at both the New Mexico Museum of Natural History and Science and the National Museum of Nuclear Science and History. Wildlife lovers can see animals at the ABQ BioPark or at the Sevilleta National Wildlife Refuge, and golf enthusiasts can hit the links at one of the top-rated courses around town, each offering a unique experience. (ANI)
ADVERTISEMENT