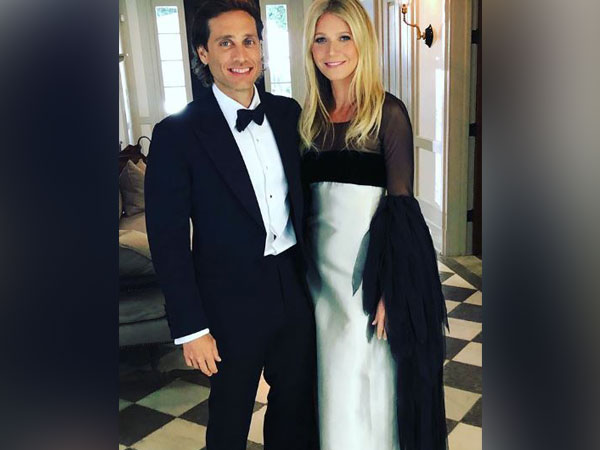 Washington D.C. [USA], Oct 1 (ANI): It has been one year of blissful marriage for American actor Gwyneth Paltrow and writer-producer Brad Falchuk and they made sure to celebrate their wedding anniversary with a perfect beach date.

The couple, who completed a year on September 29, was spotted on a beach in Long Island, N.Y. recently. They kept it casual for the occasion in shorts, T-shirts, sneakers, and sunglasses.
Paltrow also shared a sweet glimpse from their date on Instagram. "Year one, done," the 'Avengers' actor captioned a beaming selfie of her and Falchuk. 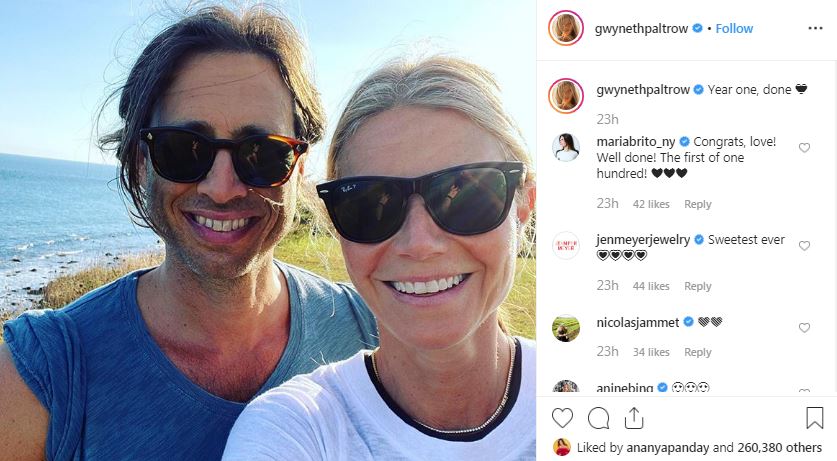 Falchuk and Paltrow made headlines in June when the Oscar-winning actor revealed that they didn't live together even after being married for almost a year, reported Fox News.
Paltrow spoke about their unconventional choice of living and said that diving space has been healthy for their relationship and even noted that her married friends say "the way we live sounds ideal."
Falchuk shared that Paltrow is much better than he is at brushing off the criticism about their relationship.
"There's a media version of her and me, but we're just home cooking dinner. Or she's just cooking me breakfast. That's all. We could not be a more normal couple. Gwyneth has a very tough skin. She's like, 'You've got to relax.' At the end of the day, we're getting into bed together and nothing from the outside world or anybody's opinion means anything," he said.
In an interview with InStyle, Paltrow said that her "married life has been really good."
She added, "I adore my husband. He's brilliant and deeply kind. I feel like he's a real equal, too. And he pushes me in the best ways. I really like being married. It's fun."
Paltrow announced last month that she and the 'American Horror Story' producer were finally moving in together after a year of being married.
"Married life has been really good. We took a year to let everybody [in the family] take it in and let the dust settle. And now we're moving in together this month," Paltrow, who shares daughter Apple (15), and son Moses (13) with ex-husband Chris Martin, revealed in InStyle's special 25th-anniversary issue last month.
The couple first met when Paltrow appeared on 'Glee' and got hitched in a private, star-studded wedding ceremony in the Hamptons in September 2018 after dating for more than three years. (ANI)
ADVERTISEMENT