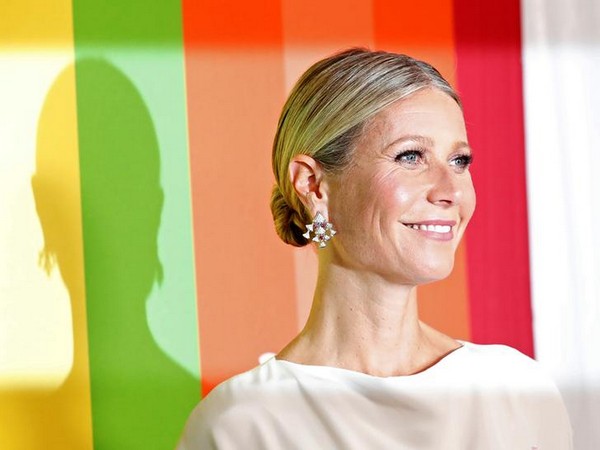 Washington D.C. [USA], Oct 12 (ANI): 'Avengers' actor Gwyneth Paltrow was honoured with the courage award at amFAR's annual gala in Los Angeles.
In her acceptance speech on Thursday, the actor asserted her support to fight HIV/AIDS and said, "I will do whatever I can to keep supporting the work until there is a cure for HIV/AIDS."

"I feel very humbled and very undeserving and very appreciative," Variety quoted the actor as saying.
Paltrow, who is a mother of two teenagers - daughter Apple (15) and son Moses (13), is more concerned about issues pertaining to the disease as "it all hits home in a very different way," she said.
The 47-year-old expressed that she found courage to be really who she is after entering her 40s.
Two weeks ago in an interview, the actor who stars in Netflix's 'The Politician', shared that she doesn't feel passionate about acting anymore.
"I wouldn't say I'm that passionate about it anymore. I have had a lot of good luck and a lot of hard work, which led to a really good film career at a certain point I felt like it wasn't what I wanted to do so I did a little pivot," she shared while discussing the creation of her beauty brand 'Goop'.
Paltrow's work credits include 'Iron Man', 'Avengers: Endgame', 'Seven', 'Sliding Doors', 'Spider-Man: Homecoming' among others. (ANI)
ADVERTISEMENT