Harvey Weinstein tests positive for coronavirus while in prison 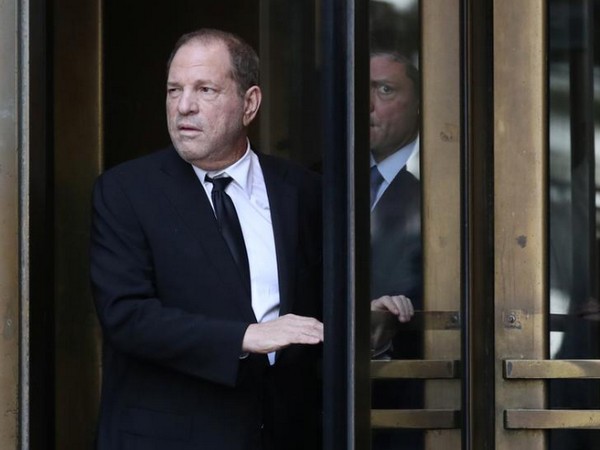 Washington D.C. [USA], Mar 23 (ANI): Former Hollywood producer Harvey Weinstein, who was sentenced to 23 years in a New York state prison on charges of sexual assault and third-degree rape has tested positive for COVID-19, in prison according to local media.

Variety reported that Weinstein is one of two inmates at Wende Correctional Facility who have tested positive for coronavirus and been put in isolation in New York state prison, according to the Niagara Gazette.
The local newspaper based in Niagara Falls cites "officials connected to the state prison system," as their sources who revealed that Weinstein has tested positive for the virus but spoke to the paper anonymously since they were not authorized to speak on condition of the Oscar-winning movie producer.
The sources told the newspaper it is believed Weinstein had already contracted the virus by the time he entered the state prison system last Wednesday.
Prior to being transferred, Harvey was at Bellevue Hospital in New York City where he was being monitored for a heart condition and high blood pressure.
When Variety asked, the spokesperson for Weinstein said he had no positive details about Weinstein testing for COVID-10. Weinstein's attorney and his jail consultant both also said they could not confirm the report
When asked if Weinstein has tested positive for COVID-19, Weinstein's jail consultant said: "No one on the legal defense team has been told this. Period. We cannot confirm that, nor care to comment on speculation." (ANI)
ADVERTISEMENT