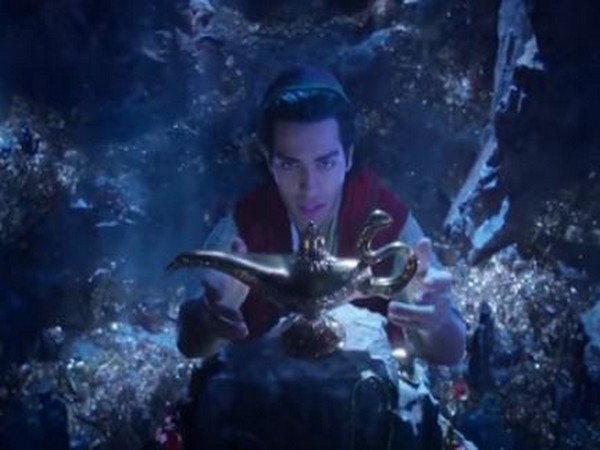 Washington D.C. [USA], Aug 25 (ANI): The live-action adaptation of Disney's animated film 'Aladdin' that struck gold at the box office has a surprise for its fans!

Now fans can hear a new duet between Naomi Scott's Princess Jasmine and Mena Massoud's Aladdin, who featured in a deleted scene from the movie which 'People' magazine is exclusively premiering.
"On a dark desert night, you can look to the light/'Cause it's shining there to find you," Jasmine sings before the chorus comes in and Aladdin joins her.
"Desert moon light the way, till the dark turns to day/Like a lamp in the lonely night, bright and blue," Aladdin and Jasmine sing together.
"So many of my lost gems find their way back into the spotlight; songs like 'Human Again' from Beauty and the Beast, 'Proud of Your Boy' from Aladdin, 'If I Never Knew You' from 'Pocahontas' and 'Shooting Star' from Hercules," Alan Menken, composer, told 'People' magazine.
"Now a lost treasure from the Aladdin live-action movie, 'Desert Moon' has its moment. I'm so thrilled to be able to share this magical song with the world," he added.
Helmed by Guy Ritchie 'Aladdin' is a fantasy film based on the popular story of Aladdin and the magical lamp and besides Scott and Massoud, it also stars Will Smith. (ANI)
ADVERTISEMENT