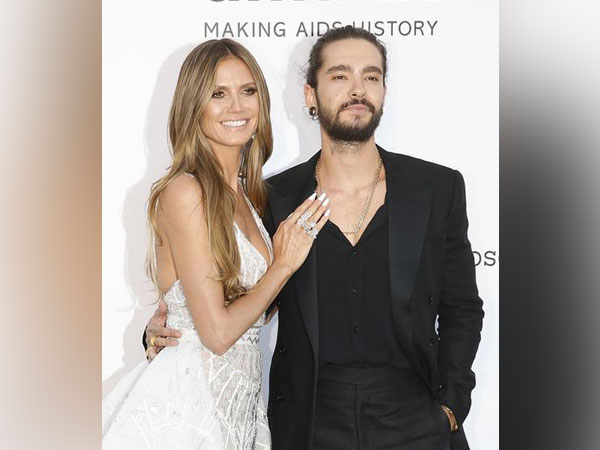 Washington D.C. [USA], Oct 3 (ANI): It's been almost two months that supermodel Heidi Klum walked down the aisle with German guitarist Tom Kaulitz and "it was so beautiful" according to the model.
"It was so beautiful and it was the best time. We were in Italy for three weeks," Fox News quoted Klum as telling People magazine.
And just to prove how much fun she had in the European country, Klum told that she is still donning "baggier clothes".

"I'm still wearing baggier clothes now because I just ate too much and had too much fun!" she added.
Wearing a traditional white wedding gown, Klum exchanged vows with Kaulitz in August in a formal celebration in Italy.
The couple got engaged in December last year.
"I wish we could've had more people! It was more intimate, but we couldn't fit more people," Klum expressing talking about her marriage.
Describing the lively celebration, she added, "It was great. We danced until the sun came up, and it was nice because no one's feet were hurting. It was so magical."
What made their marriage more perfect is that the couple "are very similar."
"He's really game for anything. He enjoys life and is very generous. He's super kind. I just found my partner finally, you know?" she gushed about her hubby. (ANI)