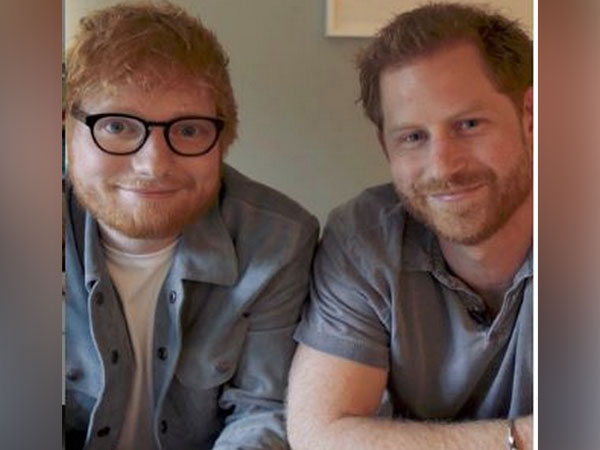 A one-minute and 40-second video, uploaded on the official Instagram page of the Duke and Duchess of Sussex, on Thursday featured the 28-year-old singer excitedly preparing for his meeting with the 35-year-old Prince Harry.
In the video, the duo sits down to discuss a cause Harry is "quite passionate about." It appears, however, that the two aren't on the same page.
"I've been trying to write a song about this," Sheeran said.
"Someone with a skill set, to be able to write lyrics of a song to raise awareness, I think would be amazing," Harry responded.
"Yeah, that's exactly what I'm trying to do," Sheeran said. "People just don't understand what it's like for people like us."
The comment made Harry pause, so Sheeran explained, "The jokes and snide comments, I feel like it's time we stood up and said 'we're not going to take this anymore, we're gingers and we're going to fight.'"
The Duke of Sussex then explained that the song wouldn't be for the empowerment of redheads, but for World Mental Health Day.
At the end of the video, the team took a moment to ask viewers to reach out to anyone that might be suffering from a mental disorder.
According to the website of Fox News, the video comes just days after Harry and Meghan Markle's charitable endeavors were officially removed from the Royal Foundation website. (ANI)
ADVERTISEMENT