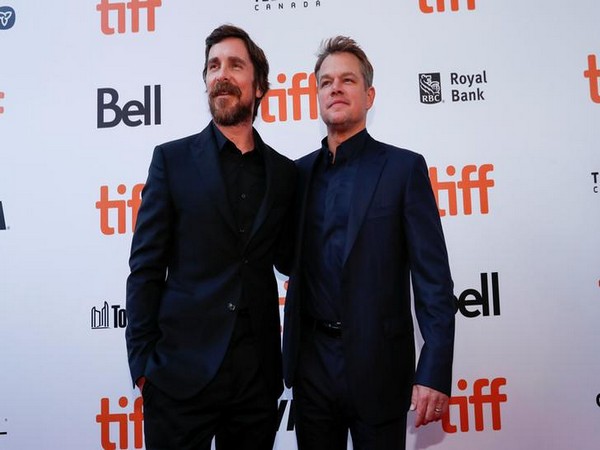 Washington D.C. [USA], Oct 2 (ANI): Actors leave no stone unturned to get into the skin of their characters. Some work on their physiques for a specific role, while others master a new skill. And sometimes these transformations can take a toll on the stars.

For years, viewers have watched actors Matt Damon and Christian Bale undergo physical transformations for their roles, reported E! News.
For instance, Bale lost weight for his part in 'The Machinist' and Damon spent several hours each day training for his 'Jason Bourne' movies. Now that Bale and Damon are growing older, they wonder how much longer can they keep doing this to their bodies?
"When you're younger and you get those micro-tears you feel like, 'Man, I'm really getting some control in my mind here.' And then at 45 you go, 'What am I still doing this s--it for?'" Bale told British GQ in a recent interview.
"One time I was doing a scene with a stuntman in his 60s and he kept on having to fall off his horse and land on his head. I looked at him and just went, 'I wonder if he ever imagined this was what he was going to be doing when he was in his 60s?' He landed on his head like nobody else. He jumped back up," Bale added.
The actor went on to say that he wouldn't want to do something like that in his 60s.
"But stuntmen never like to show that they've got hurt. If they've broken their arm, they'll try to tell you they haven't. With all due respect to the man, I don't want to be doing that sort of thing when I'm in my 60s," he said.
"I used to love going on my dirt bike, and I loved falling off it. Loved crashing. It was so much fun, coming back with blood pouring off your arm. Now, I'm like, 'God, please. I can't come off here now, because I know I might never get back up again'," he added.
Then, with a chuckle, he said, "We're sitting here like Jack Lemmon and Walter Matthau. We're grumpy old men! We can't do it no more!"
In fact, Bale admitted that he got a herniated disc after Tom Hardy failed to hear "cut" while filming 'The Dark Knight Rises'.
"Yes. I'm still sitting right now with some pain," he told the magazine.
"If I don't exercise-which, being English, is not in my blood to want to do that-I kind of go, 'Do I have to?' But everybody gets that, don't they? We're going to start talking about our ailments. 'Did I ever tell you about my surgery?' No fault of Tom's, by the way-he couldn't hear in that mask," he added.
On the work front, Bale and Damon are co-starring in the film 'Le Mans 66'. In the movie, Damon plays American car designer Carroll Shelby and Bale plays British driver Ken Miles. The two build a race car for the Ford Motor Company and challenge the racing vehicles of Enzo Ferrari at the 24 Hours Le Mans in France in 1966. (ANI)
ADVERTISEMENT