Here's Ranveer Singh proving 'it's all good in the hood' 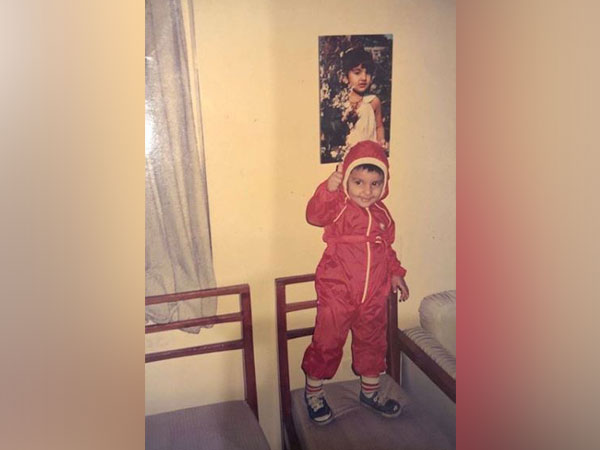 New Delhi (India), Aug 22 (ANI): If you had a bad day or are dealing with one, here's Ranveer Singh proving that "it's all good in the hood".

The actor is well known for his peculiar fashion style and it seems like his childhood was no different. Ranveer, on Thursday, pinned a picture of his younger self clad in a red jumpsuit with a hood where he is seen signaling a thumbs-up gesture.
Little Ranveer even had a picture of his on the wall behind him. Actor Varun Dhawan was quick to comment, "Ballers".
Rapper Kaambhaari, who worked with Ranveer on his music label, also commented on the picture and wrote, "Cutie" along with a heart emoticon. 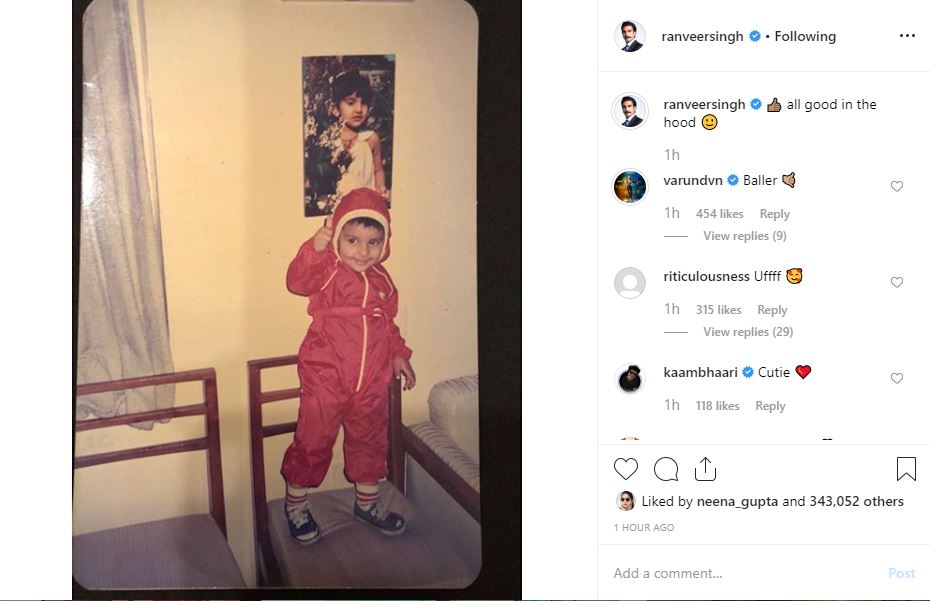 The 'Padmaavat' actor earlier treated his fans with a glimpse of his childhood when he posted an old picture with his elder sister on Raksha Bandhan.
Not only has he won over hearts with his looks, but his talent too. His February release 'Gully Boy' proved his prowess not only as an actor but also as a rapper and since then he feels that Hindustani rap has arrived in the country.
"The time of Hindustani rap/hip hop has come and this is the much-needed explosion in the music scene of India. These are exciting times for original music in India and rap/hip-hop is a huge refresher. Hindustani rap/hip hop is no longer an underground music scene. It has become the language of the youth and it is the biggest thing happening in Indian culture today," Ranveer said recently. (ANI)
ADVERTISEMENT