Here's what Jennifer Aniston has to say about Courtney Cox daughter 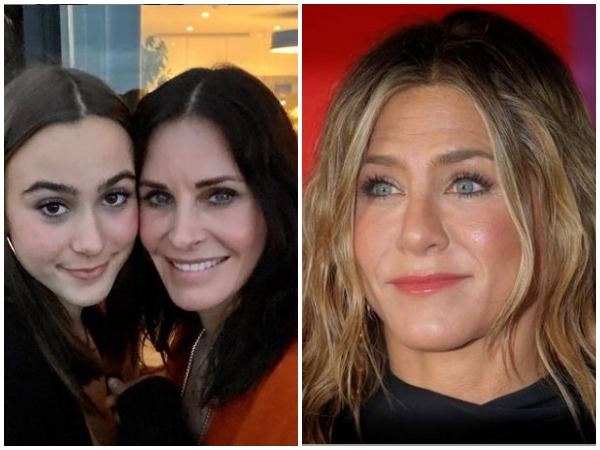 Washington D.C [USA], Nov 30 (ANI): Jennifer Aniston is in surprise to see how her goddaughter has grown up so quickly as her very close friend and former co-star, Courtney Cox shared a picture with her 15- year old daughter, Coco.

Celebrating Thanksgiving on Thursday, the 55 -year old actor shared an adorable mother-daughter picture on Instagram.
The affectionate selfie caught the attention of Coco's godmother, Jennifer Aniston, who went all gushy and commented on the post "Coco! You're growing up way too fast. Or am I protecting? I love you deep," followed by four heart emojis.
The mother-daughter pair put their heads together and posed for lenses in all smiles as the caption read "So thankful". 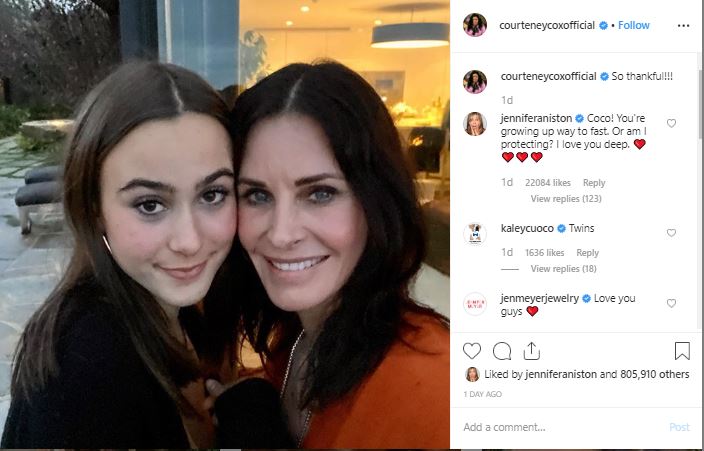 Aniston was not the only one who took by surprise with the lovely Thanksgiving picture but several others commented their hearts out.
"Twins," Kaley Cuoco wrote, while Isla Fisher added, "So thankful for you."
The American actor and her ex-husband, David Arquette, welcomed their daughter in 2004 and have been co-parenting the teenager, since their split in 2012, reported US Weekly.
"We have always just made [Coco] the No. 1 priority", the former partners said.
"We have respect and love for each other and just [are] on the same page. And [with] Coco, we're just super lucky. As far as teenagers go, it's a bit tricky, but she's got a huge heart and she's really, really a brilliant girl," they added. (ANI)
ADVERTISEMENT