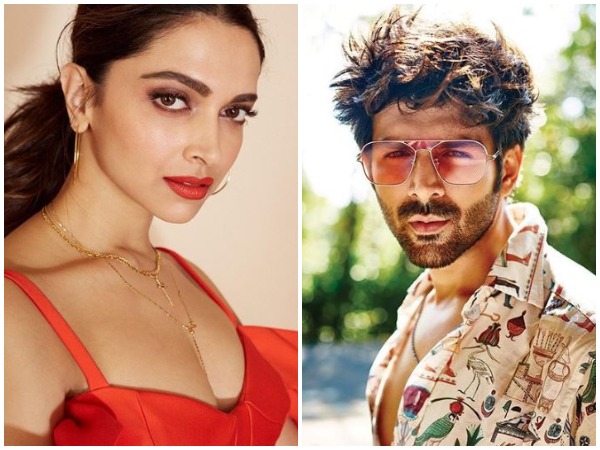 New Delhi [India], Nov 30 (ANI): Deepika Padukone seems all set to put on her dancing shoes as she called Kartik Aaryan to come and teach her the 'Dheeme Dheeme' step "tomorrow" at terminal 2A of the Chatrapati Shivaji International Airport.

A day after she expressed a wish to partake in the ongoing #DheemeDheemchallenge and asked Kartik to teach her the hook step of the song, the 'Padmaavat' actor on Saturday directed him to "be there or be square!"
Taking to her Instagram story, the 33-year-old replied to Kartik's question when he asked Deepika the time and place to teach the dance step.
"Kartik Aaryan tomorrow! 1st December, 2019. 9:00 am CSIA, Terminal 2A Gate 1," she wrote.
Adding to it, Deepika wrote even "Patni" and "Woh" are also welcome! 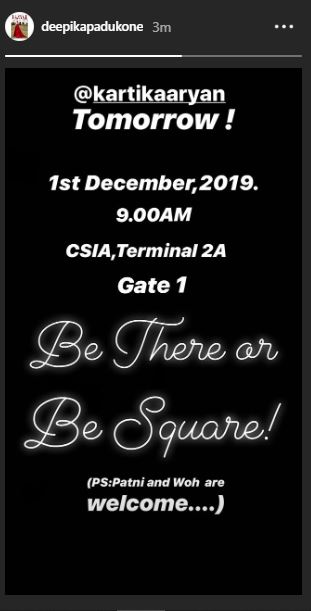 This came in reference to Kartik's upcoming outing 'Pati, Patni Aur Woh' on December 6.
The #DheemeDheemeChallenge started earlier this month after the song 'Dheeme Dheeme' from the film was dropped.
Kartik in his upcoming outing will be seen opposite Bhumi Pednekar and Ananya Panday. Bhumi will be seen as his wife Ananya Panday is playing the role of his girlfriend!
'Pati, Patni Aur Woh' is the remake of the 1978 feature of the same name and is directed by Mudassar Aziz and produced by Bhushan Kumar, Renu Ravi Chopra and Krishan Kumar. (ANI)
ADVERTISEMENT