Here's why Demi Moore's daughter Rumer Willis is proud of her 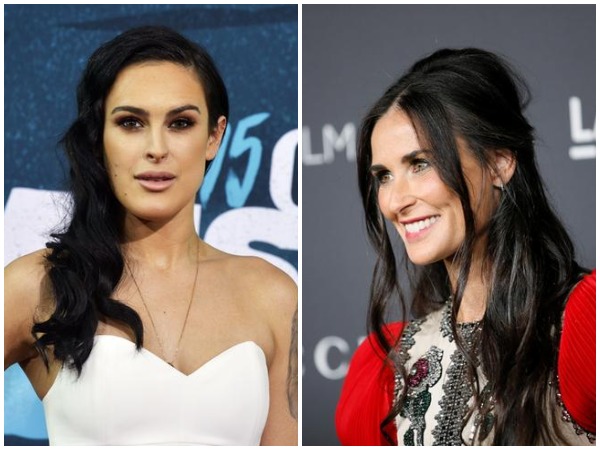 Washington D.C. [USA], Oct 3 (ANI): Actor Demi Moore's daughter Rumer Willis is proud of her mother for opening up about her "vulnerability" in her new book.

"I'm so proud of her vulnerability, and I think so many women have watched her -- and just as her daughter I've watched her -- as this kind of beacon of strength and this kind of leader," said Willis, reported Fox News.
"I think what I really respect about her is, she's never the victim in her story. She takes accountability, she takes responsibility, and, mind you, this is her perspective, her story, and she's the first one to say that," continued Willis of her 56-year-old mom.
The actor, who is the eldest daughter of Moore, concluded her comments about the book by describing her mother as a survivor.
"She's allowing herself to show everyone that you can go through some really difficult, hard things and you can still be someone who is thriving and taking accountability and just being a strong survivor without being like, 'Oh, I survived this and this is who I am because of this story,' which I think is amazing."
The book briefs about the time when the 'Disclosure' star's children stopped conversing to her for a time when her life was utterly complicated post her wedding to Ashton Kutcher ended in 2011.
"I lost me," the actress told television journalist Diane Sawyer on 'Good Morning America'. "I think the thing if I were to look back, I would say I blinded myself and I lost myself."
The actor was suffering pain and isolation from her close ones and ended up weighing 102 lbs.
Not only this, but Moore in 2012 also faced serious health conditions after smoking synthetic marijuana and inhaling nitrous oxide at a party.
"I guess the fundamental question that came forward for me was, 'How did I get here?'" Moore admitted to GMA. "From where I started to what I've experienced, where I've been, how did I get here?" (ANI)
ADVERTISEMENT