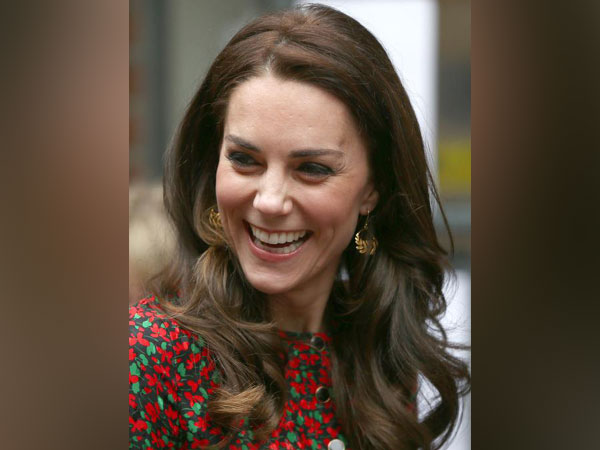 Washington D.C [USA], Nov 22 (ANI): A doting mother and Duchess of Cambridge, Kate Middleton, skipped the Tusk Conservation Awards gala because of her children.
People magazine quoted sources over the reason why the Duchess skipped the event, her husband, however, was in attendance. Sources did not provide any further information, but earlier on Thursday, Kate took part in a tea party for the winners at Kensington Palace with William.

The evening outing, which took place at the Empire Cinema in Leicester Square, with a reception to follow at the nearby National Portrait Gallery -- honors those who protect Africa's wildlife, reported People magazine.
The awards are run by the Tusk Trust, which William has been Royal Patron of since December 2005. At the awards, William presented three awards before delivering a short speech.
"Earlier today, Catherine and I spent some time with the nominees and finalists. Their bravery, single-minded determination, and commitment to African conservation are deeply humbling," William said
"As we approach the start of a new decade, the challenge ahead of us is clear and urgent Climate change, human population growth, exploitation of natural resources, and habitat loss all pose major threats to the precious balance of our natural world," he continued. "My father has been ringing the alarm bell on these issues for years. He inherited his passion for the environment from my grandfather, and passed it on to the next generation."
He concluded: "So as we approach 2020 - being described as a 'super year' for the environment - let us instead seize the opportunity of a new decade to move forward with optimism and action." (ANI)
ADVERTISEMENT