Here's when you can watch 'Gulabo Sitabo' trailer 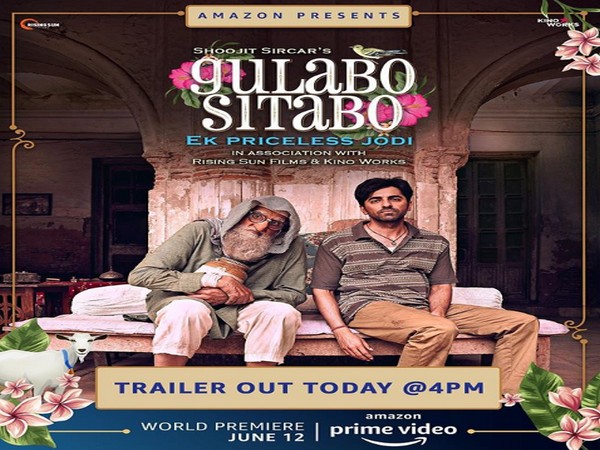 New Delhi [India], May 22 (ANI): The makers of 'Gulabo Sitabo', starring Amitabh Bachchan and Ayushmann Khurrana, are all set to showcase the trailer of the film at 4 pm on Friday.

The release date of the trailer was announced on Thursday. However, it was Khurrana, who on his Instagram's latest post, announced the launch timings. The audience can view the trailer on Amazon Prime and also on Prime's YouTube channel. 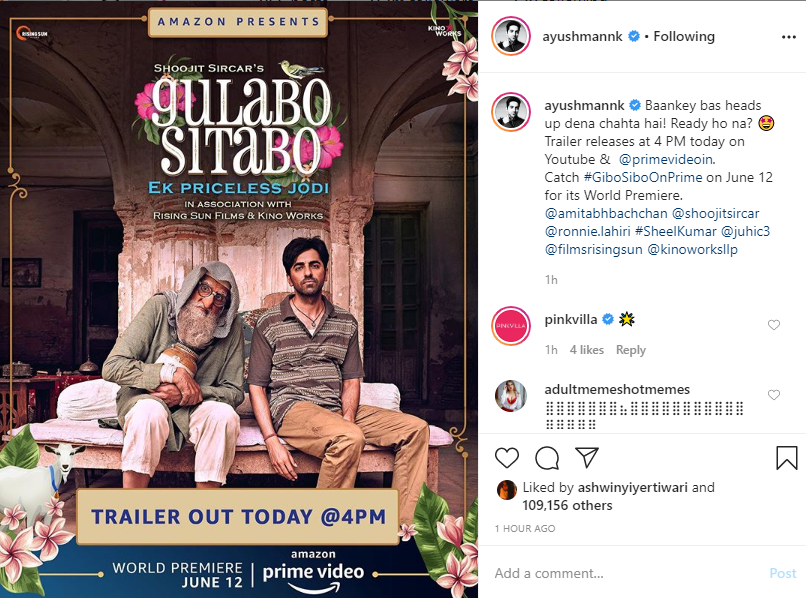 "Baankey bas heads up dena chahta hai! Ready ho na? Trailer releases at 4 PM today on Youtube & @primevideoin," the 35-year-old actor captioned the post, alongside a poster of the film.
Big B and Khurrana, along with director Shoojit Sircar, chose an unusual but a fun way to make the trailer launch announcement -- through a video call.
The video call clip was posted by Amitabh Bachchan on late Thursday night on Instagram and wrote: "Trailer. Kaun kitna ziddi hai yeh aap kal hi dekhiyega! Trailer out tomorrow."

The video begins with Sircar and the 77-year-old star trying to connect Khurrana over the video call. A playful conversation goes on between the two actors which then eventually follow by making the official trailer launch announcement.
Earlier, Khurrana announced that the flick will release online on Amazon Prime Video on June 12.
The quirky comedy was slated to hit the screens on April 17 but was deferred in view of the coronavirus crisis. (ANI)
ADVERTISEMENT