Here's why Jennifer Aniston is not attending Emmys 2021 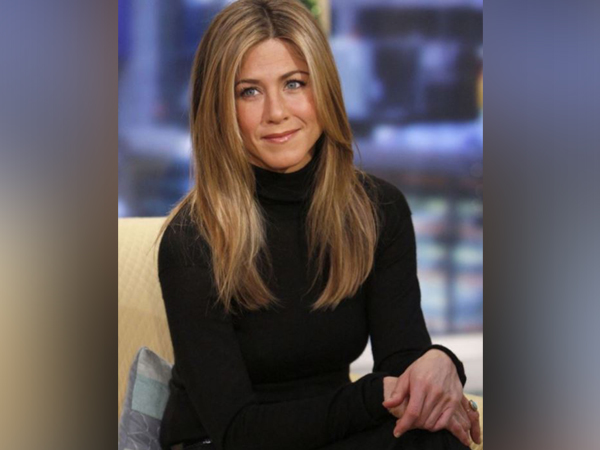 Washington [US], September 15 (ANI): Hollywood actor Jennifer Aniston recently revealed that she will not be attending the 2021 Emmys on Sunday, citing her personal safety amid the COVID-19 pandemic.

The 'Friends' alum appeared on 'Jimmy Kimmel Live' and admitted that although she's nominated for an Emmy Award this year, she won't be attending the ceremony for safety reasons, reported Variety.
"No, I will not be going," she told Jimmy Kimmel recently, adding that producer and director Ben Winston will attend and accept on her behalf if the 'Friends' reunion wins.
She added, "This is a big step for me to just be here. Just baby steps."
As part of HBO Max's 'Friends' reunion, she's nominated in the variety special (pre-recorded) category alongside Courteney Cox, Lisa Kudrow, Matt LeBlanc, Matthew Perry, David Schwimmer and other producers.
The 'Friends' reunion was also nominated for production design, directing and lighting design/lighting direction for a variety special, which were announced last weekend at the Creative Arts Emmys.
In the variety special (pre-recorded) race, it will face off against Bo Burnham's 'Inside', Disney Plus' 'Hamilton', Dave Chappelle's '8:46' performance, HBO and David Byrne's 'American Utopia', and the 'West Wing' reunion and voting special on HBO Max.
She told Kimmel that she has been staying home a lot, while also safely shooting for the second season of Apple TV Plus' 'The Morning Show', doing press and visiting her friends Courteney Cox and Jason Bateman.
"We had this little bubble of friends -- thank God, I love all of you so much -- but yeah, it was hard. Weird times," she said.
After going virtual in 2020, the TV Academy is taking safety precautions and cutting down the number of guests at this year's in-person ceremony. Emmys 2021 is limited to around 600 attendees, meaning that each production nominated only gets a handful of invites.
The open-air event will take place in a high-end tent on the LA Live deck, next to the Microsoft Theater in downtown Los Angeles. Proof of vaccination and a negative COVID test result are also required for each person attending the ceremony.
Since the beginning of the pandemic in 2020, Aniston has been vocal about her concerns over COVID safety. In June 2020, she urged her Instagram followers to consider the toll of the ongoing crisis and continue masking up to prevent the spread of the deadly infection.
In August she spoke to InStyle about how the COVID-19 pandemic and discourse about vaccinations altered her personal life.
"It's a real shame. I've just lost a few people in my weekly routine who have refused or did not disclose [whether or not they had been vaccinated], and it was unfortunate," she told the magazine.
"I feel it's your moral and professional obligation to inform, since we're not all podded up and being tested every single day," she added at the time. (ANI)
ADVERTISEMENT