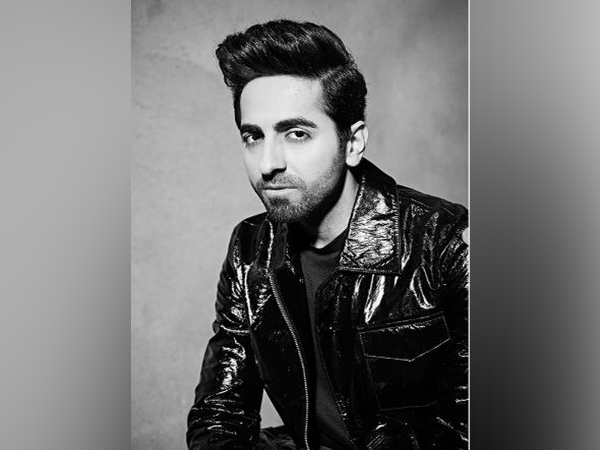 New Delhi [India], Mar 17 (ANI): Actor Ayushmann Khurrana, who boasts of an impressive array of movies under his belt, has said that he is hugely 'indebted' to the audience for the "love and support" they show for his films.

"I feel blessed that my films have had a good run at the box office. I believe audiences want me to only do good cinema which brings them to theatres and I'm hugely indebted to them for the love and support that they always give me," the 35-year-old actor said.
The star who was last seen in the comedy-drama 'Shubh Mangal Zyada Saavdhan', has contributed many hit- entertaining movies to the industry that came with a social message and was widely appreciated by the audience.
"What's amazing is that they want to see my films have depth, quality and stand out with a message for them to take home. I will strive harder in giving them just that because all I want to do is entertain with the best films possible," he said.
The 'Bala' actor, who has made a brand for himself with social-message movies, says he is always on the lookout for films like 'Shubh Mangal Zyada Saavdhan' and 'Article 15' because such films can enable social good.
"Cinema has the power to enable cultural shifts and my intention with films like 'Article 15', 'Shubh Mangal Zyada Saavdhan' and some others that I'm currently doing, intends to trigger positive cultural and social shifts within our nation," he said.
"That's my aim as an artist and I will always pick up scripts like these time and again to drive conversations that are needed to be had in our society at large," says Ayushmann.
He also feels it is very important that this kind of cinema, with such a great concept, does well at the box office.
"I feel hugely validated that such cinema is being accepted with open arms and becoming success stories. When these stories become hits, they do their job because the message reaches out to a large set of audience," he says.
"If your well-intended film doesn't entertain the audiences and fails to connect, it doesn't create the necessary impact for people to start discussing the theme and core message of such cinema," he added.
"Cinema has to always entertain, it has to pass the litmus test of audiences accepting it and this becomes all the more important when you are doing a film with a message," he concluded.(ANI)
ADVERTISEMENT