I got friends, lovely kids; I've got no complaints: Brad Pitt 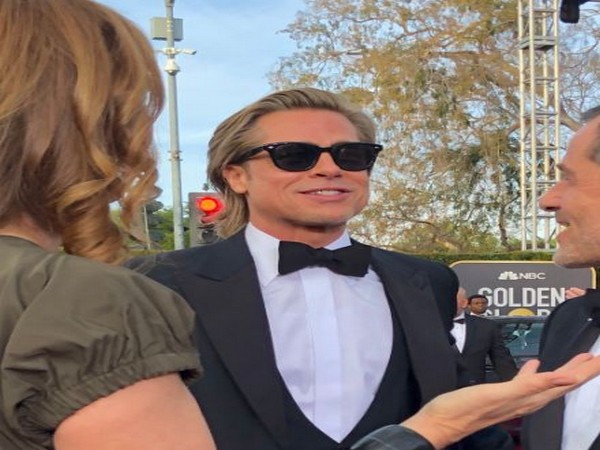 Washington D.C. [USA], Jan 22 (ANI): Hollywood's heart-throb Brad Pitt, currently basking in the glory of two back-to-back prestigious awards for his role in 'Once Upon a Time in Hollywood', is content with his life.

"I got friends, I got lovely kids, I like my coffee, I like my dogs. I've got no complaints," People magazine quoted Pitt as saying.
The actor, who recently won one Golden Globe and an SAG award in the Best Actor in Supporting role category, was also seen sharing a warm moment of reunion with his ex-wife Jennifer Aniston on the back-stage of the SAG Awards.
Pitt is approaching towards a hat-trick of awards as he has been nominated for the prestigious Oscar Awards for his role in Quentin Tarantino's 'Once Upon a Time in Hollywood'. (ANI)
ADVERTISEMENT